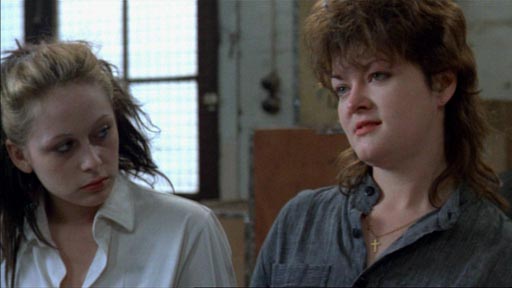 Comparisons with the powerful Scum are both inevitable and justified, with the writers of that bleak 1979 movie following up here with a companion piece on a female borstal. It’s a little less critical of the system; the staff, for a start, are much less brutal and much less complicit in perpetuating the rule of brutality within the detainee group. But it’s still an uncomfortable viewing experience.

Carol and Annetta are at a lower-security borstal and escape, for different reasons. Carol (Amanda York), who looks very much like a sad child, is hoping to be transferred to a tougher borstal to be reunited with her girlfriend, Doreen. Annetta (a wrong-side-of-mid-20s Chrissie Cotterill) escapes to see her daughter, who is being looked after by some austere nuns and whom she hasn’t seen for six weeks.

When she is caught and succeeds in getting transferred to the new borstal, Carol does it tough. Doreen has a new lover and together they taunt her. When Annetta arrives soon afterwards, she accuses Carol of putting her in to Police. Annetta – grieving horribly and finding it convenient to project all her anger on to Carol – baits her constantly, throws faeces at her, and ultimately attacks her with an ugly implement (a pipe? a cosh?) stolen from a tradesman’s work-bag.

I always have trouble with actors who look well into their 20s playing teenagers, and there’s plenty of that here. I also have a bit of trouble with juveniles who have a repertoire of vaudevillian bawdy songs; goodness knows where that character came from. And I also have difficulty with obviously lightweight, low-risk offenders being retained in a higher-security borstal when we know that other options exist. And some very anti-social behaviour being allowed to go on, virtually unpunished.

But there is also much to like: the women calling to each other after being locked up for the night, the strategic alliances, the sad collection of young, damaged offenders with miserable backgrounds and miserable futures, and the failure of the system to allow a young mother (however flawed) to keep her bond with her child.

Even better is the institutional feel of everything – from the stark architecture, to the well-meaning staff trying to maintain order, to the glimpses of different coping responses to incarceration (some obsessive-compulsive, some self-harming, some dog-eat-dog, and some seeking comfort in the arms of others).

It’s the last bit that makes this well worth watching – notwithstanding its liberally applied artistic licence and its aging teenagers. 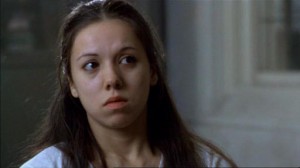 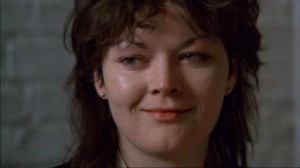