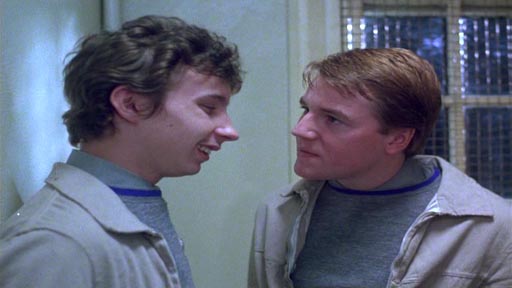 More a Borstal film than a prison film, perhaps, but we’ll leave it in. The BBC commissioned a TV film on the British Borstal (juvenile justice) system in 1977, and then banned it, leading Director Alan Clarke to recreate it as a movie.

And it’s tough viewing.  The staff (dressed in civilian suits, rather than uniforms, which gives them an even more sinister feel when they act brutally and sadistically, which is most of the time) are quintessential bullies – sanctioning (or turning a blind eye to) violence by some inmates against others, and inciting racial and hierarchical violence.  None of the key staff (including the Matron) are portrayed sympathetically; they each prop up the corruption of the system – colluding with the toughest boys, ignoring the distress of the weaker ones, and administering justice in an arbitrary fashion.  And the trainees are not much better, although they at least seem to make allowances – sometimes – for those who are particularly vulnerable (the young, the mentally feeble, the grieving).  But there is an almost total absence of fairness throughout – all the real violence, whether perpetrated by staff or inmates, is three-against-one, or armed against unarmed, or institutional versus individual, or further victimises the victim.

The dramatic turning point is when the new arrival, Carlin, decides that enough is enough and takes on the ‘Daddy’ (the top dog of the inmates) and his thugs, and seizes control by even more violent means – which at least gets the staff to back off him a bit.  Another inmate, Archer, tries to fight the system using passive means, with limited success.  Finally, there is a small uprising of inmates against this systemic abuse after the suicide of a young trainee who has been raped by three others, but order is soon restored and there is no doubt that the institutional might will again prevail.  It is unrelentingly grim, if a bit one-dimensional, stuff. 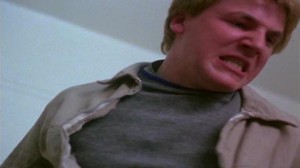