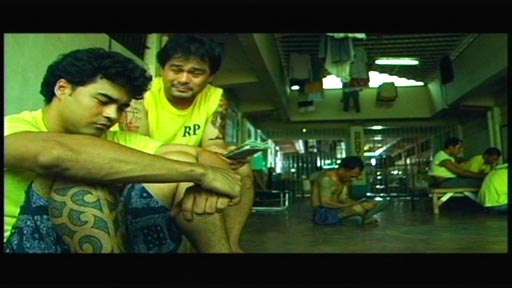 This is a smouldering love affair spanning prison and life after. It’s often been compared to Brokeback Mountain, with good reason; a man’s world, two seemingly heterosexual men falling in love, and nearly all of it understated or unspoken.

Rommel (Sid Lucero) is a good looking young man with a girlfriend Sita (Ara Mina). He seems like an ordinary young bloke with sex on the brain. When a young kid steals Sita’s handbag he chases him through the streets, but it all ends tragically when the kid runs in front of a car and is killed. Rommel – rather unluckily, I would have thought – gets a 3 year sentence with a minimum of one for manslaughter.

He gets a classic welcome from the toupeed Warden, who takes a millisecond to sum up that his youth and gullibility will make him a sexual target. “This isn’t hell, son, but all the demons are here,” he says, while trying to provoke him into some self-preservational defiance. It’s all in vain. One thing I’ve learned since setting up this site is that way too many people are way too interested in rape in prison. I won’t speculate as to why that is, but I can say this: this film won’t disappoint. Rommel is fancied by one of the ‘mayors’ (prisoners given some authority over the prisoners in their sections) and his deflowering is as excruciating as it is inevitable.

The mayor of Rommel’s own pod, Esteban (Emilio Garcia), is quietly protective of him. He doesn’t make a play for him, but watches over him and after him. In Rommel’s moments of sheer despair he fantasises about Sita, but her image is gradually replaced by Esteban’s. You might put this down to a jail thing – the desire for intimacy, the gratitude for someone caring about you, an attraction to a strong presence. But it gets stronger when Esteban takes the hit for Rommel after Rommel bloodily avenges his rape with only a day or two to go before he is paroled.

Seven years down the track and Rommel and Sita have a six-year-old daughter and are living simple lives as rice farmers. Esteban turns up, newly out of jail. His arrival causes massive confusion: Rommel is overjoyed, guilty, torn, unable to face Sita. Falling in love all over again. It’s awkward and tense; Sita knows exactly what’s going on. Then tragedy hits, leaving nothing the same.

It’s a long movie, punctuated by portentous silences. Like many lesser films, it relies on stereotypical prison-movie conventions to provide the backdrop to the main story, but it’s not so grating here. The prison scenes were filmed in the Rizal Provincial Jail, and many guards and inmates played themselves – so it has that authenticity. But it also captures snippets of prison life in an authentic way – like when Sita visits the defiled Rommel, and they search for things to say to each other, a gulf of unspeakable things and distance having got between them, and when he takes her to the conjugal visit cell he treats her with a cold and uncharacteristic aggression. Prison leaves few untouched.

Selda has something different to say, and is a welcome addition to the genre. 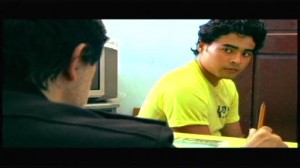 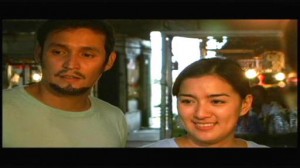