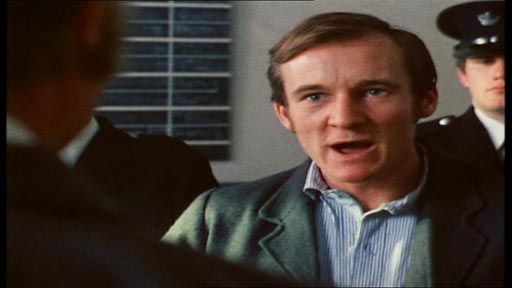 This is the true story of Jimmy Boyle, Glasgow standover merchant and hard man, as told by Jimmy Boyle. The first third of the film establishes his penchant for violence and thuggery as he fights off rivals as they encroach on his turf; the rest charts his time in prison after he was sent down for the 1967 murder of a gangland rival (a murder of which he claims he was innocent).

Boyle (a strong performance by David Hayman) rails against the system.  Publicity for the film speaks of ‘one man’s fight for justice’ but it really just shows an angry, intense, fit, violent man who gets locked into a way of relating to staff (that usually involves assaulting, spitting or throwing faeces at them) and suffers his fair share of brutal beatings as a result – at one time having both his arms broken.  He is essentially kept in solitary confinement for seven years, moved from prisons in Glasgow to Aberdeen to Nairn to Inverness as he wears down the staff by his assaultive behaviour and, in one protracted campaign, by ‘bronzing up’ and being left to live in his filth.

The picture is grainy and it matches the griminess of the Gorbals streets, the gangster wars, and the gritty prison scenes.  But the film goes nowhere.  As a last resort, Boyle is moved to Barlinnie – with its experimental normalisation regime – and we all too briefly see him struggling to understand the changed approach of staff, and his bemusement at being given a pocket knife to help open his cell property package.

We know that at Barlinnie the real Boyle discovered art, became a sculptor, wrote the book on which this film is based, overcame his violent past and became committed to helping ex-prisoners.  We don’t see how, and really all we’re left with is a picture of his pretty pointless violence, which would seem to be only half the story. 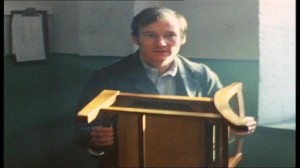 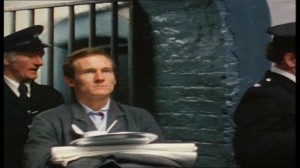