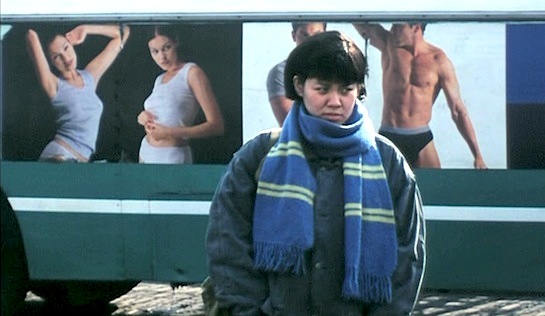 Seven minutes. Just seven minutes of action inside the prison, and yet it says more about the impact of incarceration than most movies set entirely within prison walls.

Tao Lan (Liu Lin) and Yu Xiaoquin (Li Jun) are stepsisters. They are both 16, share a bedroom and attend the same school, but that’s just about where the similarities stop. Xiaoquin’s father, Yu Zhenggao (Liang Song) and Lan’s mother, Tao Airong (Li Yeping) are now married and each has brought a daughter into the new family. Xiaoquin is dutiful, studies hard and her father dotes on her. Lan is not so dutiful, does not study hard and mixes with a rowdy, like-minded crowd. Both girls feel trapped and are desperate to move out from home as soon as they can.

They do move out, but not as either had hoped. Zhenggao leaves a 5 yuan note, the change from his shopping (and less than a dollar), on the table and Xiaoquin pockets it. When he gets agitated at its disappearance, his beloved daughter slips it into Lan’s bedding – where it is duly found. Despite Lan protesting her innocence, the adults assume that she is lying; Xiaoquin is, after all, a good girl, and prettier. On their way to school, Lan challenges her stepsister who refuses to concede a thing; in frustration, she picks up a wooden pole and hits her sister over the head. Xiaoquin dies. Lan escapes the death penalty but becomes a long-term resident of the Tianjin First Prison.

Seventeen years later, a year or so out from her likely release, she is selected as one of seven ‘reformed’ prisoners to be given a short leave to spend the New Year’s holiday with their families. Her family, with whom she has had virtually no contact, is unsurprisingly not there to pick her up, and she is paralysed with guilt and trepidation about seeing them again. She is found at the bus station by a young, conscientious prison officer, Chien Jie (Li Bingbing) who is heading to her parents’ home in the same town, He’an, and who takes it upon herself to get Lan home.

It’s not easy. Lan has lost all her confidence and is not sure she wants to confront her parents in any event. Prison is safe and the place she has spent her ‘best’ years. She is unused to traffic, and buses, and choices, and would prefer to go back to the prison, but Jie keeps dragging her along. They find her parents’ street, but all the buildings have been demolished. Jie finds the address to which they have been relocated, quite some distance away, and (forgoing her holiday celebrations with her own family) accompanies Lan to her parents’ home.

It’s awkward. Her parents barely acknowledge her, and her father, who hadn’t been told that Lan was likely to come, retreats to his room. At first, Lan can find no words at all; it is left to Jie to do all the talking. But gradually there are tentative, conciliatory approaches on both sides.

It is a wonderful, poignant film if looking just at at its portrayal of people’s capacity to forgive. But as a prison film it is more again.

The prison scenes are filmed in the Tianjin First Prison, and we see prisoners reciting, as they march around the perimeter, the mantra for a law-abiding life: “Acknowledge your crimes. Bow down to the law. Accept reform. Start with a clean slate…”. We see the entire prisoner population assembled and being told of the promise of what lies ahead if they studiously follow the doctrine: “Everything points to a bright future. Let us trust in the fairness of mankind. If you’re committed to becoming new women you will be well embraced by the outside world.”

But Lan is not embraced even by her own family, and her guilt and her 17 years inside have robbed her of her initiative, her resourcefulness, her spark. There is a magnificent moment where she is caught in front of an advertisement on a bus, which sums up the gap between her and the modern world; the models on the bus are young, confident and sexy, while she is uncertain, alone and afraid. A model prisoner, she is floundering in the outside world.

The film is said to be based on a true story, but it’s not known how much of the original story is captured. It’s easy to see Tao Lan’s institutionalisation as a surviving element of it, but if the dedication, example and persistence of Chen Jie was part of it also, that would be truly remarkable. Chen Jie is a rare filmic correctional officer hero; she is someone who has not just embraced the hollow slogans recited at and by prisoners but, through a mix of both care and obligation, uses them to try to achieve the best outcomes for prisoners. She’s a star.

It is an unassuming yet moving film, with lots to take from it. 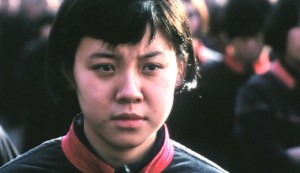 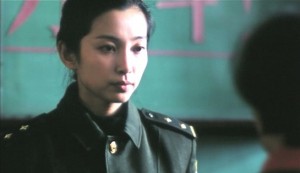 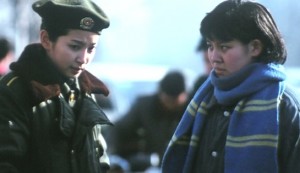 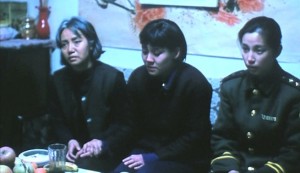