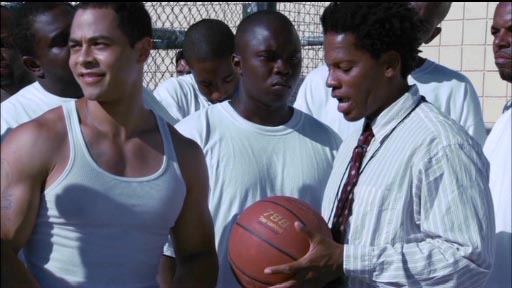 Take a new teacher with a past, a campaign against setting up a school in a prison, and an array of troublesome prisoner students. The temptation to bring everything to a happy conclusion (inspiring teacher redeemed, criminals reformed, star pupil singing ‘To Sir, With Love’… that sort of thing) must have been pretty strong. Fortunately, it’s resisted.

Ben Cross (DL Hughley) is the man with the past. We don’t know what the incident was, at the start, but we get that he has an anger problem. He’s recruited by his old boss to a teaching job at New York City’s Shackleton Prison (filmed in California, partly at the now-defunct Fred C Nelles Youth Correctional Facility). We get an early glimpse about the prison’s priorities: the sign at the entrance to the prison strangely boasts ‘The World’s Boldest Correction Officers’ (whatever that means).

Cross and his four colleagues have just a few weeks to get enrolment numbers to 85 or the school will close. If they are to succeed, they must overcome several barriers: their path into the prison is lined by noisy protesters wielding anti-school placards, and once inside they have to deal with both the wonderfully malignant Captain O’Leary (Paul Vincent O’Connor) who hates his staff being diverted to the costly task of escorting of prisoners to classrooms, and his besieged guards (at least one of whom resents the prisoners getting free education when she has to pay for it).

There is no place for an orthodox teacher in this sort of movie, but at times Cross verges on orthodoxy. He gets a classroom full of young men, and encourages them to take part in a Poetry Slam competition. Extraordinarily, they do. One of the students, Gabriel Garcia (Jose Pablo Cantillo, an excellent blend of cockiness, muscles and insightlessness), clearly has a talent for this sort of thing. He’s a crack dealer who sees little benefit in education, safe in his fatalistic view that what he does is all that he can ever do. Not even his beautiful wife and child are incentive for him to change, or to seek change. For all of that, he can somehow spit out an awfully articulate poem at the drop of a hat.

We know where Cross’s heart is. He intervenes when a female guard is slapping an inmate about. This doesn’t make him popular with the guards, and O’Leary’s men boldly rough him up a bit to express their displeasure. Undeterred, he advocates for Garcia to be allowed to attend a high school Slam competition. Garcia makes it through to the semi-finals, but the Warden won’t let him go out of the prison again for the finals because of his central role in sparking some prisoner unrest. And the cost.

No worries.. bring the other finalists and the media to Shackleton, Cross suggests. The Warden (and the other high school principals, bizarrely) agree. Let’s just say that the result is climactic.

But who would’ve thought there would be two Poetry-Slam-in-Prison movies? This one is inferior to Slam (1998), in my book, despite its several tensions and its own good heart. The main reason is that it seems to me to be based on a false premise. I can’t believe that there could be such a battle to establish education programs in prisons in the First World; I would have thought that battle was fought and won in the 1930’s. Maybe I’m wrong. Do people really protest against literacy programs for prisoners in New York City? Would young people camp outside a prison each day to hold signs saying, ‘No Books for Crooks’ and ‘Cons Should Burn Not Learn’ in 2005? Would there be so much contention inside a very large NYC prison about prisoners being taught math and English? I don’t think so. Would a NYC Department of Education be uncertain as to whether a school inside a prison was something worth doing? And then, in the midst of so much bitter opposition, would a security-conscious prison allow female visitors and teenage contestants to mingle with prisoners without sufficient staff on hand to ensure that things went smoothly? Not on your Nellie.

Take away that straw man, and perhaps all you are left with is a teacher and a prisoner, both fighting to emerge from denial and self-defeat. Which is not a bad thing. 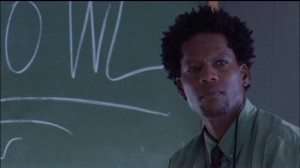 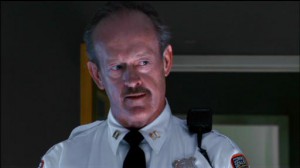