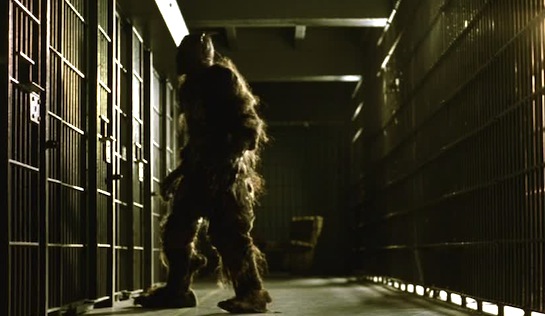 Shapeshifter is brought to us by the same production company that produced Dead Men Walking (2005). Same year, same filming location (the old Lincoln Heights Jail), same terrorising of guards and prisoners by non-humans showing the same flesh-eating techniques, same inexplicable removal of her shirt by the heroine to reveal the same singlet top, same low budgets. Why not combine those budgets and make one better movie, one wonders?

It’s the first day on the job for deputy Ginny Lydon (Jennifer Lee Wiggins). She has been less-than-honourably discharged from the army, for having an anti-authoritarian attitude, it seems – but we see no evidence of it. As luck would have it, on her first day the prison receives a strange Romanian man, Velku (Vaz Andreas), who has been sent by the Romanian mafia to spring his distant cousin from the jail. Oh, and Velku has one of those traditional gypsy skills – being able to transform oneself into a flesh-eating beast who must kill all those who have seen him in human form.

One might expect there to be frantic efforts to escape the beast – but we see no real evidence of it. The prisoners stop to chat to Ginny about her discharge from the army, an excommunicated satanist priest pauses to talk about his fall from grace, and a Muslim takes time to extol the virtues of Allah. No great urgency, no great desperation, no real panic. Perhaps they realise that it’s not so scary; it’s just a man with a drawn-on tattoo who passes the baton to a man in a modified gorilla suit who wants to eat their organs.

It is positive, nonetheless, to see a guard and prisoners all pulling together with a single goal. Very rehabilitative for those who survive. 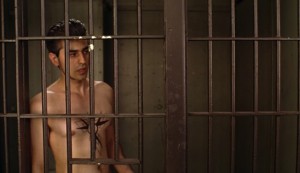 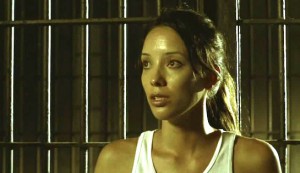