Shot Caller might be one of those rare films that I enjoyed in spite of itself. Or myself.

Its themes are not unfamiliar ones. A seemingly law-abiding stockbroker and family man, Jacob Harlon (Nikolaj Coster-Waldau), kills a friend in a car accident after running a red light and later blowing .10. He accepts a plea bargain to go away for 2 years 8 months – planning to be out in 16 months. After hearing a vulnerable man being raped on his first night in Chino, he decides not to be that man… and when an African-American inmate confronts him in the yard the next day, he goes on the offensive. The Aryan Brotherhood in the yard admire his ‘heart’ and he is invited to join them. The die is cast.

There are “no free rides” when you seek to enjoy the protection of the Brotherhood, he’s told. He moves drugs for them, stabs another prisoner when told to do so, and joins in a ‘riot’ – a massive inter-gang brawl in the yard which leaves several prisoners dead and gets him five more years for yet another stabbing while belonging to a gang. He is nicknamed ‘Money’. On being sentenced he tells his wife Katherine, “Forget I exist” and stops writing to his son.

When he’s due to be released after 10 years, from Corcoran State Prison, he hopes to start afresh. But the undisputed prisoner boss, Jerry ‘The Beast’ Manning (Holt McCallany), is keen for him to continue working for the ‘Family’ on the outside; he has a big illegal arms transaction that he wants Money to head up. “Do you think the honour of being one of us ends at the gate?” The Beast warns. Then, “Before you say another *&%$# word,” as Money starts to mumble about jeopardising his parole, “think of your family in this decision.” The threat hits home, and Money is trapped. Again.

When he hits the streets as a free man, it is as a caricature of a newly-released criminal. It’s not just that he’s acquired lots of white supremacist tattoos and a dodgy ’70s moustache, but he has absorbed technical criminal skills as if by osmosis. He has learnt to trail associates to their secret rendezvous with law enforcers, has mastered knifecraft, and when shown a consignment of Glocks (you’d think the first time he has handled such a weapon) he proves one and is able to immediately declare it “totally untraceable.”

In this way, much of the film’s action occurs outside the jail. His parole officer, Ed Kutcher (Omari Hardwick) is battling his own issues but is hot on his trail. Despite this close scrutiny, Money has some things that he must do: for his family (clumsily) and for the Family (not so clumsily). He is never really free, and it’s perhaps inevitable that he winds back in Corcoran. But the manner of him doing so is less expected.

The ultimate lesson to be learned here might be exemplified by the observation that “a place like this (prison) forces us to be either warriors of victims – nothing in between can exist here.” Or it might be that lurking inside every white stockbroker is a violent bigot and ruthless killer, just waiting to be released by some bad luck or bad judgement. I think I prefer the latter option.

Writer and director Ric Roman Waugh keeps the story rolling along, and there’s is undoubted potency in the film’s exploration of loyalty and obligation and honour – across both family and the gang brotherhood. It’s not enduringly memorable, I suspect, but is very watchable. 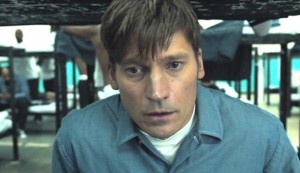 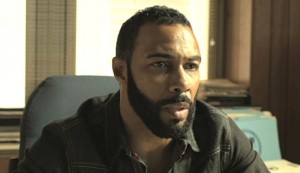 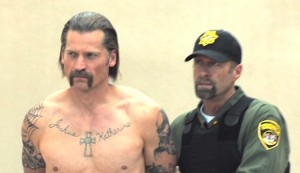