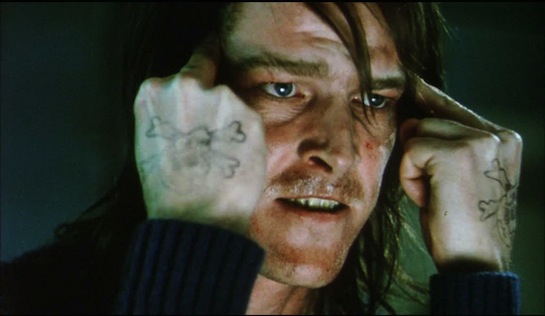 Larry Winters was 34 when he died of a drug overdose in his Barlinnie Special Unit cell. He had been in jail for over 13 years. He was intelligent, damaged, talented and – even without the licit and illicit drugs he consumed in large quantities – most probably mentally ill. This film serves almost as a justification of his violent, troubled life, but also as an advertisement for the Barlinnie Special Unit, which took dangerous men and made them less so through its revolutionary approach of normalisation and prisoner empowerment.

Winters (played here by an excellent Iain Glen) was a soldier in the Parachute Regiment when in 1963, aged 21, he shot a Soho barman in cold blood during a robbery. The following year he was convicted of manslaughter (on account of his ‘abnormal brain’, the film suggests) and sentenced to Life imprisonment. During his years in prison he acquired another 26 years 3 months in sentences for attacks on prison staff.

Perhaps because the screenplay is adapted from Winters’ own account of his life, this is an extraordinarily sympathetic portrait. We see his battles as a Catholic child growing up in predominantly Protestant Glasgow, and note the negative influence of his brother. We learn of his IQ of 165, and witness his animation as he plays with his nieces and nephews while on leave from prison. We see how much he loves his mum (Anne Kristen), who talks protectively of the times that he has been injured in prison ‘skirmishes’. We are treated to glimpses of his artwork, his writing, his musicianship… his talent. We are asked to feel for him through his battles with psychosis. We are invited to ask how it is that he could become so badly addicted to barbiturates in prison, without it being made entirely clear that he was given more and more drugs to curb his violent behaviour. We are encouraged to gloss over his stabbing of a child when he was just a child himself, and virtually ignore the attacks on Prison Officers that led to his reputation as the UK’s most violent prisoner (until Charlie Bronson, perhaps, with whom comparisons are inevitable).

Bronson’s real life violence is treated in Bronson (2009) as an art form. Winters’ psychoses and drug-induced hallucinations and nightmares are treated similarly – or at least similarly artily – and present us with a picture of a man wracked by a plethora of personal demons.

The film drops in and out of scenes (and in and out of sequence) from Winters’ childhood, family holidays, military service, time in Brixton Prison, and transfer to Barlinnie. A number of the prison scenes are filmed at the Barlinnie Special Unit – which was truly at the cutting edge of experimental penology when it was set up in 1973 – clearly with the cooperation of the British authorities, possibly in an attempt to help explain (or defend) its controversial approach to treating the UK’s most difficult of prisoners [among them Jimmy Boyle, whose life is depicted in Sense of Freedom (1979)]. The Special Unit’s last prisoner was transferred in January 1995, not all that long after this film was released, it being deemed too expensive to operate; Winters’ death unhappily counting amongst its failures.

This is an interesting, challenging and somewhat indulgent film – and one which records an important bit of prison rehabilitation history. 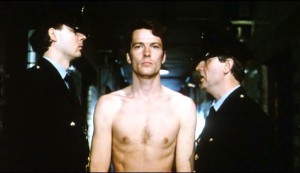 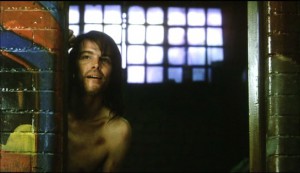