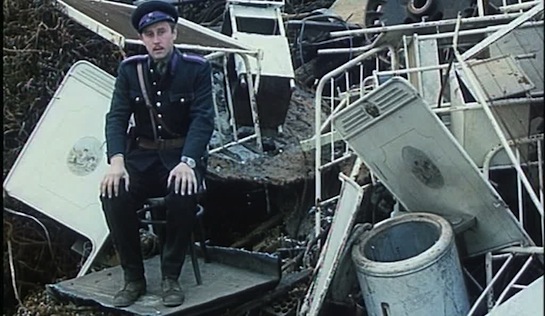 Almost all of the action takes place on a metal scrapheap in Kladno, just outside Prague – an unsubtle metaphor for Czechoslovakia under the Stalinist regime that assumed power in 1948.

Two groups of workers load metal for the smelters: a group of male ‘volunteers’ – almost all from the middle classes and intelligentsia, all being re-educated (‘melted down into new types of people’) by forced labour. These enemies of the state include a dairyman, a barber made redundant because there were too many barbers, a small businessman who has patented a new washing machine, a philosophy professor and librarian who refused to destroy his decadent Western books, a prosecutor who argued that defendants have a right to a defence, a young cook, and a saxophonist whose only crime has been to play an instrument now regarded as bourgeois. Separate from these men is a group of women prisoners, all doing time for trying to defect.

Menzel quietly and darkly pokes fun at the absurdity of the regime. Piles of typewriters, crucifixes and religious items join the rusted mountains of metal for which there is no longer use, all to be broken up and readied for the smelter – to produce new steel, the quality of which is said to be too poor to be of use. The men talk philosophy and religion, grumble about the new quotas that the State sets without consultation, and try to engage the women. Slogans everywhere celebrate the virtues of hard work and the joys of the regime, the irony of which is lost on neither the workers nor the viewer.

The film manages to affirm its characters’ basic humanity – that survives in spite of the awfulness of their situations. People are brave, decent, honest, resilient, compassionate, tender. The women prisoners, in particular, remain knowing but romantic and full of life. In the midst of the gloom are two love stories: the first, a shy romance between the cook, Pavel Hvezdár (Václav Nechár), who as a Seventh Day Adventist refuses to work on Saturdays, and the youngest of the women prisoners, Jitka (Jitka Zelenohorshá); the second involving the women prisoners’ guard, Andel (Jarovslav Satoranský), and his new gypsy wife – who is having great difficulty settling into the marital home and whose behaviour calls for equally great measures of tolerance and adjustment.

It’s not hard to see why the film was initially banned in Czechoslovakia, and was ultimately not able to be shown until 1990. It is full of stinging satire, reserving its harshest parodies for the champions of the ‘people’s democracy’ and the lies (and the secret police) that propped it up – yet it doesn’t dwell on the most brutal purges that were a feature of the regime in the early 50s. The film’s grim realism is set off beautifully by the varied industrial landscape of the scrapheap. 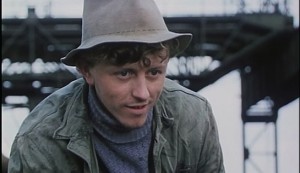 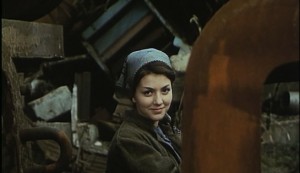