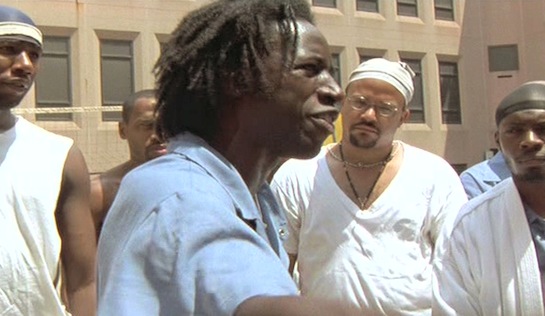 To be honest, I wasn’t looking forward to this movie. At all. A young rapper from a drug-infested ghetto in Washington DC goes to jail. I’m not a fan of hip-hop, and I’m not a big fan of gangsta angst in prison movies. And then there’s the film’s tag: Slam – All in Line for a Slice of Devil Pie.  What?! But it’s much better than all that. It’s a powerful story which refuses to accept that it should be the lot of so many young African Americans to finish up in jail, sending a message similar to the one American Me (1992) gave about gang life destroying the potential of young Hispanic kids in LA.

Ray Joshua (Saul Williams) is a rapper who keeps afloat by selling drugs. He doesn’t see much wrong with that. Then Big Mike, his dealer, gets shot in the head just after they’ve just finished a transaction. The Police arrive; Ray flees, but is caught. He has a heap of dope in his possession, and when he arrives in Washington DC Jail he learns that the word inside is that he may have set Big Mike up. The jail is big and unsafe. On reception, a correctional officer berates him for being part of the succession of young black men prepared to risk jail: “We’re wiping out our race in Washington DC. And here you are in here, playing these silly-ass little games.. You might make it out of here and you might not.”

Ray’s rappish poetry is part of everything he does. In one extraordinary scene, he diffuses a likely attack on him by launching into a rap that stuns his would-be attackers and allows him to escape. It has power. It catches the attention of a creative writing teacher, Lauren Bell (Sonja Sohn), who challenges her class, which Ray has joined, not to be imprisoned by their pushed-down emotions and lack of courage to live differently. In Ray, her message finds its mark. Conditionally.

He makes bail, and follows up Lauren on the outside, and briefly enters her world of law-abiding slam poets. They romance, improbably, and they fight. He has to return to court, and can’t accept that his only options are to enter a plea and get a reduced sentence, or fight it and run the risk of a 10-year stretch. He wants to fight it on principle, no matter how futile, and not suffer the consequences. He feels cornered, but Lauren challenges him to accept responsibility, to not run away, and to focus on who he could be when he gets out. “Freedom is there, waiting for you,” she tells him. “And, oddly enough, it’s waiting for you in the goddamn prison.” That is not what he wants to hear.

He attends a big poetry slam at which Lauren delivers a powerful performance, and then invites him to the stage. The crowd loves him. This could be his redemption, if he can just let go of his past, if he can accept responsibility for his past.

The prison scenes were shot largely in the DC Jail with staff and prisoners playing key roles. It feels authentic. And it conveys, without resorting to prison stabbings and rapes, and without showing young kids dying from drug overdoses in the community, the tragedy of what happens to a generation of young men who believe that their dreams can only be realised by dealing drugs. And of them winding up, inevitably, in jail – from where they are unable to pass on any different message to the next generation of young men. As in the later Prison Song (2001), which covers similar themes, this is a big part of the true awfulness of prison. 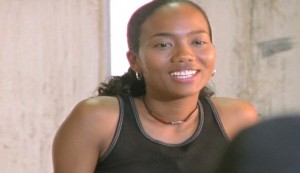 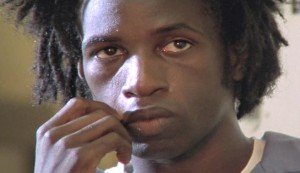