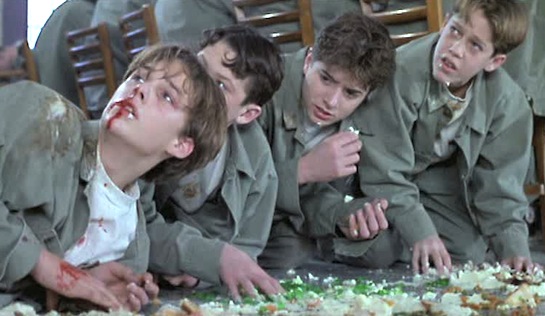 Four unremarkable boys from Manhattan’s Hell’s Kitchen neighbourhood. It’s the late ’60s. All four are sent to juvenile detention in upstate New York after a prank gone wrong (a hot dog trolley allowed to career down subway steps) nearly kills a man. At the juvenile centre, the Wilkinson Home for Boys, they are repeatedly beaten, raped and tortured by several guards.

Fourteen or so years later two have become sociopathic murderers, one is an Assistant District Attorney and the other a regular guy who works for a newspaper. The two criminals, John (Ron Eldard) and Tommy (Billy Crudup) chance upon the most vicious of their former tormentors, Nokes (Kevin Bacon), in a bar, and kill him in cold blood. The two others, Assistant DA Michael (Brad Pitt) and ‘Shakes’ (Jason Patric) conspire to have them acquitted – the verdict poised to hinge almost entirely on whether Fr Bobby (Robert De Niro), a knockabout priest who knew them all as kids, is prepared to perjure himself and provide the accused with an alibi.

The film purports to be based on a true story, as told years later by one of the four, Lorenzo ‘Shakes’ Carcaterra. As soon as his book was released, and then more loudly once the film came out, all the represented organisations (the Catholic Church, the kids’ school, the DA’s office, the State of New York) queued up to decry the story as bogus. Through it all, Carcaterra maintained that the basis of the book was true, but the names and places and people and some of the details had been changed.

Even in ignorance of that debate, it was for me the apparent complicity of all the guards who were not torturers and rapists of boys that got in the way of me being fully involved in the story. The absence of anyone being troubled enough by Nokes and his crew to blow the whistle on them sealed my detachment. But so uncertain have I been about the reasonableness of this reaction that it has taken me years to add this film to my list.

Yes, I know that there are institutions worldwide where atrocities have been visited on young people, quite often with the knowledge of others; there is a Royal Commission into Institutional Responses to Child Sexual Abuse in Australia at present eliciting evidence of that very phenomenon. And I do understand systemic brutality, and can accept that such horror can occur while good people stand by and are silent.

But even if the routine rape of young boys by a small group of guards can be condoned or ignored by all the other guards, when one boy, Rico, dies after being viciously beaten following his starring role in a football game against the guards, would not one of the guards in that large institution, or one of the nurses in the centre’s hospital, have raised the alarm?

This is undoubtedly a moving film. The detention centre is truly terrifying, Bacon’s Nokes is wonderfully nasty, and the boys’ revenge is wonderfully sweet. If it didn’t claim to be essentially true, maybe I would have enjoyed it more. 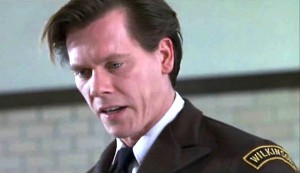 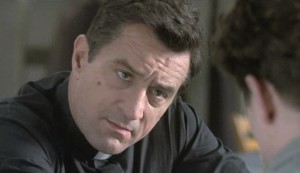