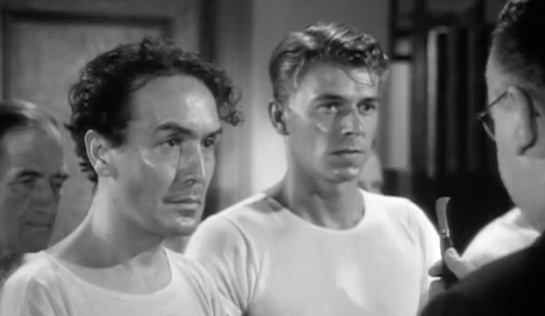 In November 1986 US President Ronald Reagan conceded that his government had secretly sold weapons to Iran through Israel, despite an arms embargo, claiming that it was an attempt to secure the release of seven US citizens being held hostage in Lebanon. Some of the proceeds from the arms deal with Iran had been covertly diverted to the right-wing Contras rebels seeking to overthrow the socialist Sandinista government of Nicaragua. Reagan had not always been so supportive of money laundering; once he smashed money rings.

At just 56 minutes long, Smashing the Money Ring covers quite a bit of territory in a short time, including some arms smuggling and hostage-taking.

It starts with Steve Parker (Charles D Brown), an old gangster trying to go straight, or straightish, who runs a gambling ship, the SS Kismet, with his daughter, Peggy (Margot Stevenson). A rival gangster, Dice Mathews (Joe Downing), who is on the run from police, sees the opportunity to use the Kismet to launder a large quantity of counterfeit notes. Parker tells him he’s not wanted on board. Mathews tells him his boys will cause him no end of trouble if he’s prevented from running his racket. Or if Parker alerts the police. Parker gets the picture.

Meanwhile, the Secret Service is on the trail of the counterfeit notes, and agents ‘Brass’ Bancroft (Reagan) and Gabby Watters (Eddie Foy Jr) are sent to check out the Kismet, where plenty of the notes have surfaced. Gabby immediately falls for Peggy, not remotely put off by the thought of her father being a gangster or an ex-gangster.

Parker decides that the safest way to deal with the issue is to remove himself to prison. He pens a note to the cops, telling them to expect Mathews to turn up at the Kismet the next day, and slugs an unsuspecting policeman – expecting the standard 30 days in jail – but gets 12 months from a judge who doesn’t like gangsters. The cops raid the Kismet. Shots are fired. With some minor heroics on Gabby’s part, the fugitive Mathews is nabbed.

And so all the boys end up in the San Quentinish prison together: Parker, Mathews… and Brass Bancroft (who has been sent into the prison undercover but using his own name). Brass asks Warden Denby (William B Davidson), who has fortunately been tipped off as to his true identity, to give him a work detail alongside Dice Mathews in the laundry, not realising that the counterfeit notes are actually being manufactured in the jail’s print shop and smuggled out to Mathews’ gang.

All sorts of jailhouse shenanigans ensue. Dice Mathews tries to stab Steve Parker, and a brawl erupts. Brass wipes Mathews’ prints off the knife, earning Dice’s gratitude and confidence. Parker has a premonition that he might not live long, and tells Peggy where to find the directions, hidden in a library book, to a stash of loot. His premonition proves right, and a mysterious figure gets to both the librarian and the book before Brass stumbles on the scene and is promptly accused of the murder. Mathews has a gun smuggled in and, taking the Captain of the Yard hostage, manages to escape with his supposed ally Brass in tow. There are a few twists and turns and not everyone gets out alive.

This one of four films in which Brass Bancroft and Gabby Watters team up to do pre-CIA Secret Servicey things. It is classic 1930s prison fare, with Reagan doing a reasonable job and some decent prison yard scenes dropped into the studio action. Brass is very much the leading man, Gabby provides the comic relief, Peggy introduces some female interest and Dice Mathews is a serviceable villain.

You can’t ask for much more in 56 minutes… 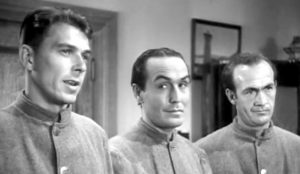 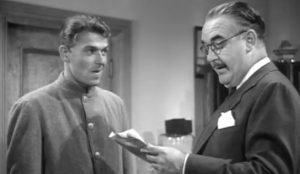 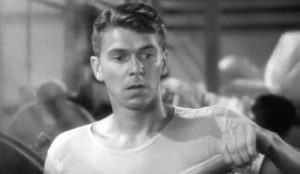 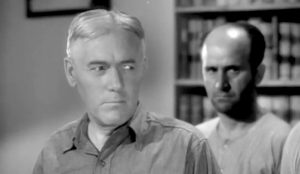 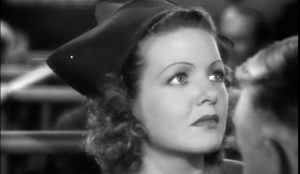 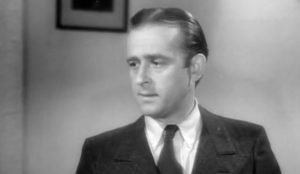 You can view the film here.