Not to be confused with So Evil, So Young (1961) or The Weak and the Wicked (1954). But it does share something with both of those British movies – the young women in this reform school are not particularly bad, or wicked, or evil. Some, surprisingly, are even youngish.

On the inmates’ side, the story revolves around four newly received girls at the Elmview Corrective School for Girls: Loretta Wilson (Anne Francis), an attractive blonde serving a year for vagrancy (for which one can substitute ‘prostitution’, it seems), Dolores Guererro (Rosita Moreno), also in for vagrancy, and co-offenders Jackie Boone (Anne Jackson) and Jane Fleming (Enid Pulver), serving sentences for stealing food.

But the story is more about Dr John Jason (Paul Henreid), a psychiatrist hired by the State Authority to bring a new approach to managing the 180 Elmview girls, the school having ‘the highest rate of returnees in the East’. These days he may well be called a ‘change manager’. His views on treating young offenders are not well aligned to those of the school’s Superintendent, Mr Riggs (Cecil Clovelly), or its formidable matron, Miss Beuhler (Grace Coppin), who signals each action to be taken by the girls (sit down, start eating, stop eating, go to bed etc) with a whistle.

Dr Jason does, however, find an ally in Ruth Levering (Catherine McLeod), who has the odd job pairing of both social worker and Assistant Superintendent. Miss Levering is initially sceptical of Dr Jason’s experimental methods with the girls (or at least his capacity to change anything at Elmview), but in time fully embraces his approach… and fully embraces Dr Jason as well.

Elmview is an interesting institution – set on a large, attractive property with no walls. So while it is relatively easy to escape, the inmates have to start serving their sentences all over again should they get caught. The girls have been bullied into submission, and most are possibly a little too compliant. Dr Jason (who, befitting a psychiatrist, has a soft European accent despite having been in America from Poland since he was a young boy), spends half his time rescuing the girls from Riggs and Beuhler. The Super ultimately allows Dr Jason free rein to run the school’s program after the psychiatrist threatens to report him for a series of abuses, including turning a fire hose on some of the women (in order to establish who set a fire in the dormitory after all the girls’ personal belongings were removed and Miss Beuhler stomped on a rabbit the girls were keeping as a pet).

Under Dr Jason’s direction, the place is of course transformed. The girls are allowed to wear their own clothes. Forced work on the farm and in the big commercial laundry is banned, replaced by sensible typing classes and beauticians’ courses. It all goes swimmingly until Loretta (who has a young boy awaiting adoption) misunderstands Dr Jason’s invitation to her to contemplate a future as a wife and mother as a proposal… and then Dolores hangs herself after Miss Beuhler cuts off her precious hair in an attempt to discover who stole some of her perfume. It all comes to a head at a dance – another initiative frowned upon by the old guard – and Loretta and Jackie steal a truck and escape… only to return to bravely testify against the old regime when Dr Jason has to appear before the Board and defend his newfangled ideas.

This is textbook drama: a noble hero, a love interest, some villains. Some sauciness, a few high ideals, a bit of romance, and even a touch of courtroom drama. So simple. But it’s one of those well-worn textbooks; there is nothing novel about it. 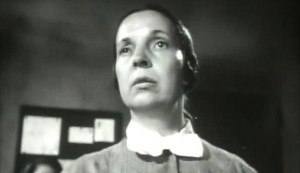 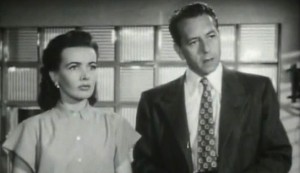