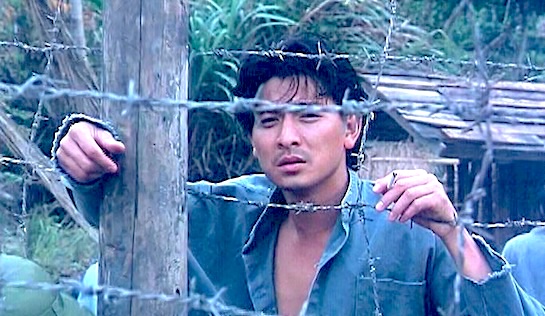 Q: How many films are there of first world citizens being held in prison in foreign states that have different political systems, different standards of living, or different concepts of what is reasonable treatment of its prisoners? A: Quite a few. And you can add this one to the list.

Known also as Romance in Vietnam, it combines one story of a young man from Hong Kong being detained in a brutal Vietnamese prison, with another of him falling in love with a local Vietnamese woman – whose beauty and refinement is in strict contrast to the ugliness and crudeness of the prison and, the film suggests, the regime under which she works.

Lau Kai Cho (Andy Lau) is a magazine photographer sent by his boss to deliver a package to some associates in Ho Chi Minh City. He soon (literally) bumps into Yuen Hung (Cherie Chung) who works as an interpreter for the provisional Communist government while the south is under military occupation by North Vietnam.

Cho (‘Joe’ in the Anglicised version) picks up a wallet Hung has dropped and pursues her in a tuk tuk to return it. It doesn’t hurt, either, that she happens to be beautiful. He loses control of the vehicle, however, and crashes into a number of street stalls. A swarm of kids runs off with some of his belongings and some of the traders’ scattered merchandise; the traders demand compensation, and after he is taken into custody a court sentences him to a fine of 50,000 dong or two weeks in jail… before imposing the latter.

He is sent to a prison camp made almost entirely of bamboo. Is that because Vietnamese prisons were made of bamboo, or because it was cheaper to build a set out of bamboo, or to suggest that like everything in the Communist regime, the prison is flimsy and illusory? The latter, one suspects.

Its not-so-inspirational Commandant (Wong Chi-Keung) addresses his assembled prisoners: “You all made the same mistake. You tend to be capitalists – so you cheat, steal and even kill. From now on you should learn from Marx and rid the dirty mind…”. And the ubiquitous Comrade Hung, too, is called upon to deliver a brief message of her own on behalf of the party – losing her place in her speech when she suddenly catches Cho’s eye.

Cho’s two weeks in the prison are not uneventful. His demands to see the British consulate fall on deaf ears. He quickly adapts to the role of prisoner, creating a diversion to ensure that two others are not searched  when he knows that they will be found to be smuggling a large wrench. But it is after he tries to attract the attention of a party of Red Cross officials that the authorities lose patience with him, and place him in a half submerged bamboo cage with his hands tied. It is there that he is placed alongside Yuen Chi Mo, a political prisoner serving five years for being ‘anti-party’. Although he doesn’t know it at that time, Chi Mo is Hung’s younger brother. When Cho is being discharged at the end of his sentence, he stomps on a guard’s hat in protest. His passage out the gate is consequentially delayed and the Commandant sets other prisoners onto him… but he is saved by the intervention of Chen Fei Ehn (Shing Fui-On), the prisoner with the wrench, repaying the favour. He survives and makes it out OK…

… and immediately catches up with Hung. He agrees to meet her again at a big military parade, but gets caught in the midst of a group of students protesting for democracy and is arrested and is beaten by the police – even though Hung, a respected Government functionary, alerts them to the fact that she will make a statement exculpating him. Hung’s account is accepted in due course and Cho is asked to produce his ID card ahead of being released. He fumbles in the sealed package he has brought with him from Hong Kong – which spills open and a quantity of subversive and seditious material (of which he had no knowledge) falls out – for which he immediately gets arrested again. With both his Hong Kong and Vietnamese love interests in the courtroom, he gets another three years’ prison for engaging in anti-party activity and leading students to capitalism. And he is returned to the prison about which he was so insulting not so long ago.

Fei Ehn, luckily, is there for him once more – to provide a home-made salve for his shackle wounds, and to stop him being stood over for his food. And he is there again when Hung, who (despite her public support for a subversive anti-party man) still has some licence to hang around the prison and its political prisoners, leaves a note for Cho telling him that she has readied the way for him to escape that evening.

The escape doesn’t quite go to plan; despite Cho’s band being provided with guns and grenades and Hung setting fire to the prison kitchen, the guards unsportingly fire back. Prisoners run amok. The protracted gun battle is huge. Hung’s brother is shot and killed. The whole prison is blown up or set alight. There are many casualties on both sides, but some prisoners – including Cho and Fei Ehn – get away. To make matters worse, Cho is bitten by a snake, with the obvious solution being to chop his hand off – perhaps simply to encourage jokes about him doing things single-handedly from now on.

In the end, Hong Kong sends a helicopter and he is rescued… but first must choose between his two girlfriends. “Is Hong Kong good?” Hung had asked him, hopefully. “Good, but I don’t know if it suits you,” was his lukewarm response.

And that’s the point, isn’t it? Notwithstanding what his heart says, or that Hung has just risked her career and her life in facilitating his escape, or that she seemingly has much more substance than his shallow Hong Kong girlfriend, she is, when it comes down to it, a Communist, and that just doesn’t fit. Sad, eh?

And the prison? Well, the prison and the Communist regime remain inseparably entwined, of course. Both are depicted as cruel, uncaring, arbitrary, shoddy, unjust, driven by false ideology, and sustained by terror and brute force. Mind you, some of the methods of torture and suppression also show creativity and imagination. It’s a caricature prison. That said, I’m not sure that the brazen capitalists from Hong Kong come out of it all that well, either… which tends to happen when viewpoints are so polarised.

Sad and silly, this film. Quite missable. 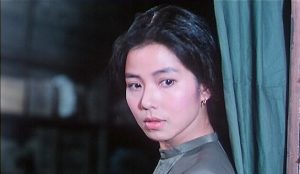 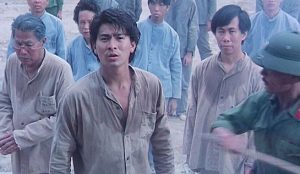 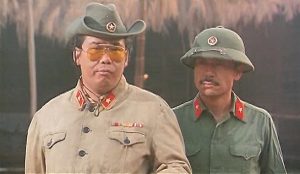 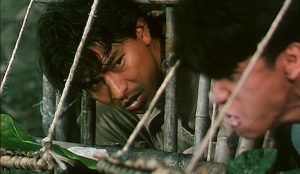 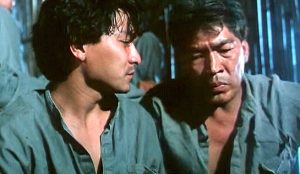 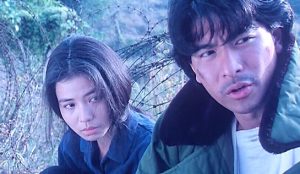