The embedded subtitles on this dubbed-into-English film (at least the version on YouTube) would seem to be a mixture of Danish and Finnish or other Scandinavian languages, which doesn’t seem to make much sense. But then, nor does much else in the film.

First, the plot: Susan arrives in a reform school. You might think it’s a juvenile reform school, as there are no older detainees, but there don’t appear to be any very young inmates. She is desperate to escape as she wants to kill the doctor whom she holds responsible for the death of her sister and the financial and reputational ruination of her mother. The doctor, you see, was having simultaneous affairs with both the elder sister (another doctor, it seems), and her infatuated mother (the hospital administrator), at the same time as her physician father is bedridden after ‘an accident’. Her sister kills herself when the doctor (Dr Qwark in Finnish) breaks up with her after making her pregnant, and breaks up with the mother to marry into a family where he has better career advancement opportunities. Downcast, Susan goes to a nightclub where a young man tries to pour beer down her throat to cheer her up; she hits him over the head with a bottle. Hence, reform school.

Amongst the other prisoners are the dormitory’s top dog, Kate, who oversees the hazing ritual for the newly arrived prisoners and then is barely seen again; Julie (as per the English dubbing, or Judy in Danish); and Ginger, who would be totally nondescript if it were not for the piglet that she takes with her everywhere. Susan, Julie and Ginger (and the piglet) manage to escape together by stowing away on a boat and swimming to shore, and then spend half the film evading the reform school’s guard, Mr Lee (Mr Li in Finnish), beating up (successively) three schoolgirls and three hoodlums, and tracking down and confronting Dr Quoc. Qwark. Kwok. And kidnapping his new fiancée. All leading to a grand finale.

All highly amusing, but nonsense. 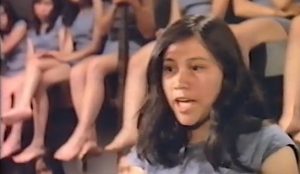 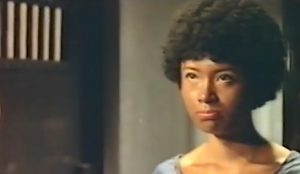 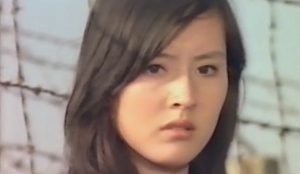 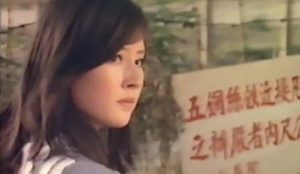 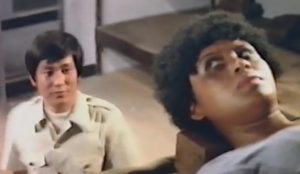 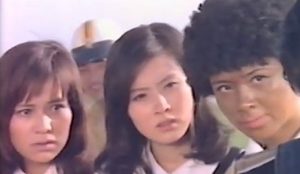