On 22 October 2009 Stefano Cucchi, a 31-year-old surveyor, boxer, and drug user for 15 years, died in Sandro Pertini prison hospital while awaiting trial on drug possession and trafficking charges. He had been arrested in Rome on 15 October with a modest amount of drugs, and had been badly beaten by the arresting Carabinieri – suffering a broken jaw, two broken vertebrae, and other facial injuries, amongst others. When found dead in his prison ward seven days later he weighed just 37kg. On My Skin recounts the story of this young man, (‘twice murdered by the state’¹), over that week.

In the film, Stefano (Alessandro Borghi), a former heroin addict, is arrested after the police attend his parked car, search him, and find 20g hashish and 3 packets of cocaine. For a small time dealer, he attracts a lot of police attention. They then search his nominated address, his parents’ house, and find nothing. He elects not to tell them about the apartment where he is living independently. He emerges from a processing room later in the evening with visible facial injuries and walking very gingerly.

At the next police station where he spends the night, and later at his court appearance, he declines to make a report of the assault by the police officers, fearing worse if he does. He tells people that he fell down the stairs; no-one believes him. Neither the judge nor his court-appointed lawyer ask how he sustained his injuries, even though he is clearly troubled by them. He pleads guilty to the drug possession but not the trafficking, claiming that the drugs were all for his own use, and is remanded for another month.

His condition deteriorates. X-rays reveal the broken bones and he is taken to Coeli Prison and then to Pertini. He continues to be awkward. He admits to some prison staff, some medical staff and some fellow prisoners that the police caused his injuries, but then denies it to the next person who seeks to confirm the account. He refuses treatment (other than the insertion of a catheter, which is urgently required as he is unable to urinate), sometimes through contrariness, or pain, and on one occasion as a bargaining chip to get to speak to his lawyer, a right denied him. The doctors shrug and walk away.

Through all of this, his parents (Massimiliano Tortora and Milvia Marigliano) and his sister Ilaria (Jasmine Trinca) desperately try to see him and get an update on his medical condition, but are constantly rebuffed by bureaucratic bastardry, misinformation and his lawyer’s inertia. They learn of his death only when the authorities approach his mother, Rita, to sign the autopsy form.

In real life, the case didn’t stop there. Due largely to efforts by Ilaria and the family’s own trusted lawyer to seek justice, 13 people were indicted over the death and ultimately, in November 2019, after a series of trials, acquittals and appeals, two Carabinieri were sentenced to 12 years for involuntary manslaughter. Despite criticism of their failure to provide proper care, the medical staff were not held criminally responsible for Stefano’s death. The case also shone a light on abuses of power by the police more broadly, and highlighted a number of other cases where others had died in similar circumstances.

The film quietly takes us through the events, refusing to paint Stefano as virtuous or faultless, and allowing him to be seen as cantankerous and difficult at times. And it doesn’t shy away from the fact that he was more than just a small-time drug user, caught in the wrong place at the wrong time. Accordingly, it brings a focus on the systemic failures, rather than simply eliciting a purely emotional response to Stefano’s plight.

Those systemic failures include a tick-box mentality on the part of the various authorities (police, prison, and medical staff); a willingness to avoid taking action or make proper investigations to establish the truth if given the slightest permission to do nothing.

Borghi’s performance, in particular, is exceptional in what is a sobering and salutary story. 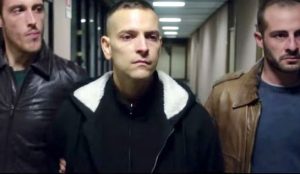 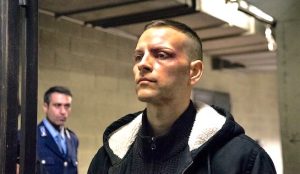 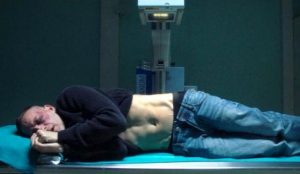 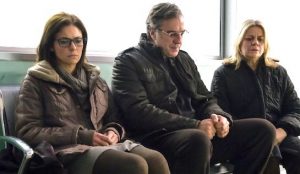