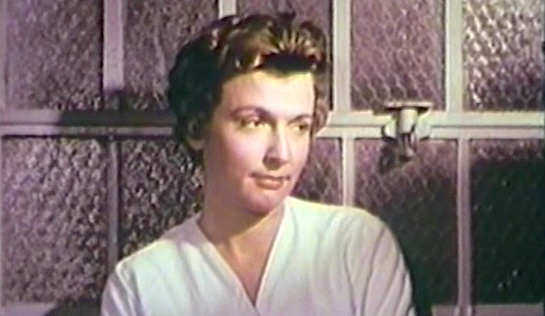 Swamp Women starts with the extraordinary premise that a prison warden would cooperate with a police request to allow three high-profile inmates to escape from their prison in order to help the police recover a cache of stolen diamonds. It’s a murky start and just gets murkier.

The police plan is to send top cop Lt Lee Hampton (Carole Matthews) undercover into prison, and for her to entice three members of the notorious Nardo gang to escape with her, believing that they will head straight to where they hid the jewels three years previously. Lee’s confident that she can pull it off. “There’s going to be shooting (at you when you escape), Lee. We’ll miss,” her boss assures her, having no doubt already got the full agreement from all the prison guards to spray their fire.

As soon as she arrives in the prison, cleverly disguised as ‘Lee’, she starts talking about escaping. Her cellmates, Josie Nardo (Marie Windsor), Vera (Beverly Garland) and Billie (Jil Jarmyn), whose late partners were all sent to the electric chair for the diamond robbery, talk of her being “crazier than a bedbug”… but trust her immediately. When she tells them it’s none of their business how she is sure of having a car waiting, no-one pursues it. They do, however, show her that they have already cut through the bars on their cell window, which releases Lee from the obligation to work out how that tricky bit might be done. When the time comes, they jump riskily from the window, rather than use the standard rope of knotted bedsheets, and go over the low fence in a hail of misdirected bullets. The car is waiting. The police follow from a very respectable distance.

After a quick stopover at Louie’s, a Nardo associate, where the women exchange their prison uniforms for chic new outfits and load up on food, cooking utensils, a boat, lots of guns and a bottle of hooch, they head out into the bayou. Their boat soon springs a leak. Luckily, handsome oil magnate Bob Matthews (Touch Conners) and his gold-digging companion, Marie (Susan Cummings), happen to be passing in their own boat… which the escapees commandeer, Lee persuading the others that keeping the couple as hostages might be more useful than shooting them (but a bit late to save their guide, whom the perpetually belligerent Vera has already shot and killed). Lee and Vera fight.

It’s several days by boat to reach the jewels. Marie drowns trying to escape, while Bob wrestles with an alligator. Vera and Billie fight. We get lots more stock footage of alligators and snakes. The women very quickly decide to cut their jeans, to make them fetching shorts. All the women take it in turns to fall for Bob, who is tied up most of the time. Bob suspects that Lee is not a criminal because she tried to save Marie and keeps dissuading Vera, mainly, from shooting people, lest it attract the attention of the police. The bayou is clogged in parts and the women have to wade in the water and tow the boat, seemingly unconcerned about alligators. They get to where the treasure is buried and celebrate by allowing the diamonds to drop through their fingers; Billie showers herself with them, letting a number tumble wastefully onto the ground.

On the return trip, Vera does her sums and works out that if four of them share the $200,000 they might get from their fence for the jewels (worth around $500,000), she will get much less than if she kills most or all of the others. She tries to ambush her colleaguess, but a poisoned spear tip takes care of her. Josie starts, a little late in the piece, to start suspecting that Lee isn’t with them as much as she should be, partly because she seems awfully reluctant to kill Bob, whom Josie has decided can’t be left to testify against them. They fight. The police arrive. All ends well.

It’s hard to convey just how tedious this 68-minute Roger Corman film is. To place the action in New Orleans and Luisiana, we are subjected to far too much stock footage of the Mardi Gras, and an awful lot of swamp. The score is sleep-inducing. We care little for any of the characters; Lee is too much of a goody-two-shoes and Bob spends much of his time just being a love interest.

Yet, all in all, anyone would have to be pleased with the outcome. Very worthwhile. Mission accomplished. The diamonds are recovered. Lee is safe, and has found a new, rich and newly available beau in Bob. Oh yeah; the escape. That might be hard to explain to some. And the deaths of the guide, of Marie, and of Vera; they might be tricky to just write off. Those three deaths could make things quite murky, in fact. But the diamonds (less those that Billie squandered) have been recovered! Good job! Hooray!

Patience, one reflects, is an undervalued virtue. 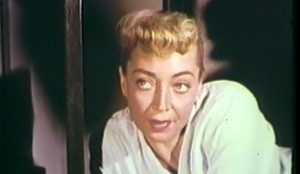 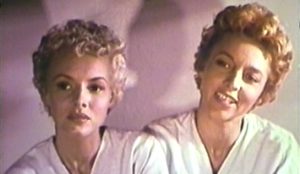 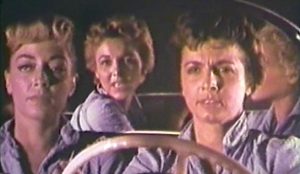 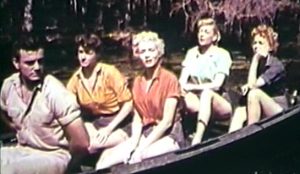 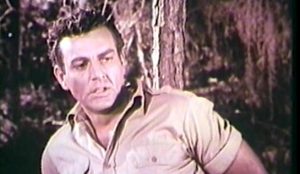 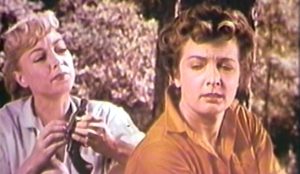