Post-Shawshank riddle: How does a first-time, stitched-up, white-collar financial services chap on a murder charge cope with prison? A: He digs deep.

The white collar in this instance belongs to Jacob Varghese (Antony Varghese), a scraggy, unlikely-looking manager (but what would I know?) at a big financial firm. He gets in a spot of bother. His girlfriend, Betty (Aswathy Manoharan) is a witness to a girl of around her age getting into a car (from which she never returns), and Betty is able to point the finger at the driver – a policeman, Sub-Inspector James. He threatens her to keep her mouth shut. She doesn’t. He is duly charged but is granted bail; he tracks Betty down and is persuasively beating her up when Jacob arrives and drives his motorbike at him… and kills him. Kills a policeman. Betty hides out in a convent. Desperate, Jacob and his driver, Charlie, who has his own beef with his employer, then relieve the firm of 35 million rupees with the intention of all hurrying off to Australia.

Somehow, the police discover that Betty is holed up in the convent, and arrest her. But Jacob has other ideas. He stages a fight in the middle of the road, right in front of the police vehicle carrying Betty; the police get out to sort it out, a motorbike (and the police) are blown up, to varying degrees, and Jacob springs his girlfriend. They head for Mysore. Marry. But after a couple of months Mysore doesn’t go well, either. The Kottayam police find Jacob there, and a nasty mob finds Betty; she lands briefly in a mental hospital and he winds up in the sub jail back at Kottayam.

Jacob’s first day in jail coincides with a torrential downpour and an escape attempt by a group of prisoners, of whom Uduyan (Tito Wilson) is the ringleader. The prisoners overpower staff and make a run for the wall. At a pre-arranged signal, a rope is thrown over the wall by accomplices outside. Uduyan breaks free of mud-wrestles with guards and is about to scale the rope when Jacob knocks him off it, starts to climb it himself, calculates the odds, backs down and throws the rope back from whence it came. Uduyan is set upon by officers and the soles of his feet are promptly caned to a pulpy mess.

Jacob’s actions, not surprisingly, make him a little unpopular with Uduyan and, indeed, all the other prisoners in his shared cell – of which the boss is Simon (Vinayakan), a gruff man accused of killing two people while on drugs – and the rest of the prison. Despite the snarliness, however, no-one ever gets around to attacking him.

If it weren’t for the regular attacks by staff on prisoners, it would be a fairly relaxed prison. The hands-on superintendent, Prabhu (Rajesh Samra), is an intense, angry man who sees the arbitrary beating and kicking of prisoners as part of his routine duties. (One is attacked for eating a chocolate brought in by his wife on a visit: “Had it been poisoned, you would have been dead now, and we would have been screwed!”, he rails at the man, and stomps on his head.) Other than that, fairly relaxed.

Jacob wins back a bit of favour with Simon by bringing him (and others) in on an escape plan. And loses some of it again by not giving him any details of the plan, right up until Simon is abruptly put on a bus to another jail at Porkunnam. They start to distrust him: maybe he’s all talk.

But he does have a plan. He removes the water cistern (a large tub) in the cell’s toilet area, breaks through the concrete underneath it, and starts tunnelling. And tunnelling (with a little help from his friends). He and those in on the bid carefully regulate who comes into the cell, and those who can’t be trusted and must be quickly removed. Amongst those in on the deal are Girijan (Sinoj Varghese) who feigns madness, Devassy (Chemban Vihod Jose), an incorrigible thief, two brothers on serious marijuana charges, another young man from Bengal… and Simon, who returns just as the job is virtually done. Oh, and amongst those who are kept on the outside is Uduyan, a very late draftee into their cell who is sure the they are planning an escape – and is intent on making sure it isn’t successful.

The escape itself is planned meticulously… but then doesn’t quite go to plan – a round of the prison by the ubiquitous Prabhu just after 3.00am (who clearly doesn’t trust his night shift staff to do their duty) discovering the men missing from their cell. The night is far from over.

Now, I’m not totally conversant with the Indian prison system, but several times while awaiting trial Jacob is obliged to receive visits from an ‘advocate’ for the victim of the 35m rupees theft, Appachan, seeking to find out firstly where Charlie might be hiding out, maybe where the money is… and then overtly threatening him. There is a cosy relationship between Prabhu and Appachan, who is able to have two thugs transferred into Jacob’s cell (apparently in order to torture him and extract the same information) on the night of the escape. They’re practices I’m not familiar with.

The escape is a good one. The manoeuvring to have prisoners moved in and out of the cell, and to get other things in place ahead of the bid, are a delight. And particular credit needs to go to the Kottayam sewerage system, which shows itself capable of taking several tonnes of earth without seizing up; goodness knows how they got rid of the rest of the rubble.

One final note. This is a Malayalam-language film, and maybe as a result it has only one musical interlude. In a gritty escape action thriller, that is to be welcomed. 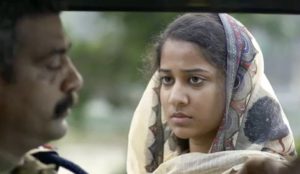 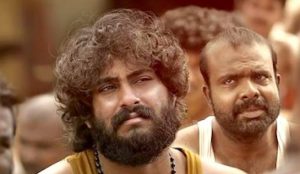 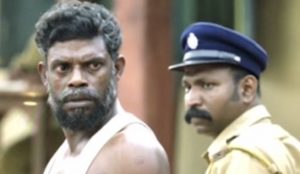 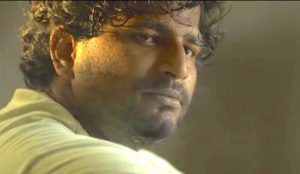 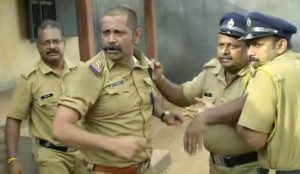 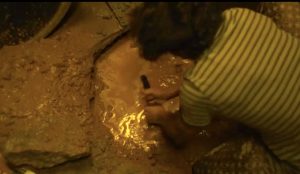 You can view it on Netflix.