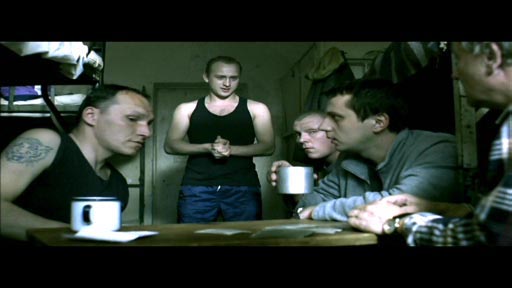 ?ukasz is a young, out-of-work graduate when he is picked out of a Police lineup by a doddery old lady. He is duly charged with an assault and remanded into custody. He appears genuinely bewildered by the allegation and strongly protests his innocence, and in the absence of any other evidence linking him to the crime, we tend to believe him. He is temporarily placed in a cell with a swaggering old hand who tells him that he has to choose one of two streams – to be put in with staunch, hardened criminals, or be one of the ‘wankers’. An assessment officer suggests that he work in the kitchen, but as this would place him in the wanker category, he declines. It is at that point that we know that while he may have a major in geography and may be innocent of all criminal activity, at the very least he is a fool.

He is placed in a cell with five others. Three are run-of-the mill crooks. The fourth, Dawid, is an academic who hunted down the man who raped his wife and killed him with his bare hands. The other, Roman, is a wife-hating alimony defaulter who is looked down on by the others as he’s not a real criminal; he is made to make them cups of tea and is generally treated with disdain.

?ukasz initially finds it tough, so much so that at one point – distraught at the prospect of waiting another couple of months before his trial – he places a noose over his head, before deciding not to go through with it. He is gradually schooled in the unofficial prison rules by one of the others, and while he is scared, he is also assertive enough to hold his ground when it counts. He ultimately earns his stripes by taking the rap for a tattoo gun that isn’t his, allowing the one prisoner who has given him constant grief to go on a much-anticipated visit with an ex-girlfriend.

?ukasz increasingly embraces the prison culture. When Siwy cops a big whack and is transferred to another prison, ?ukasz grabs his prized lower bunk. In doing so he tramples over Roman (to whom he was once closest and who had some claim on the bunk on the basis of longevity in the cell), bullying him with taunts that he is not ‘one of us.’

Then, just as the prosecution’s case against ?ukasz seems to be collapsing and there is renewed hope of him soon being released, he whacks Roman on the head and puts him in hospital. Roman, you see, not being a true criminal, couldn’t be trusted not to inform on the rest when they collectively string up the newly-received paedophile who has replaced Siwy in the cell. ?ukasz’s careful, deliberate transformation into a real criminal is complete.

It’s a somewhat difficult film; slow to build, trying at times too hard to be atmospheric. But the dynamics and daily life of the prison are captured nicely, and all the wing and yard scenes look and feel authentic. There’s also a keenly observed portrait of a warder who complicitly affirms the unwritten rules of the nick; winding up ?ukasz at one point at the behest of his tormentor, and gleefully informing the prisoners that their new cellmate ‘likes little girls’ – knowing what they will then do. What the film doesn’t do is explain why ?ukasz would hanker after the thing that he gets – at immense personal cost. 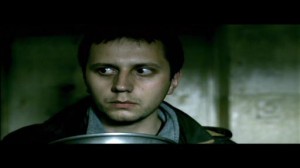 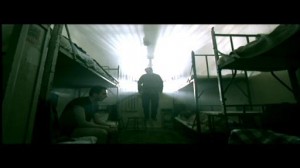