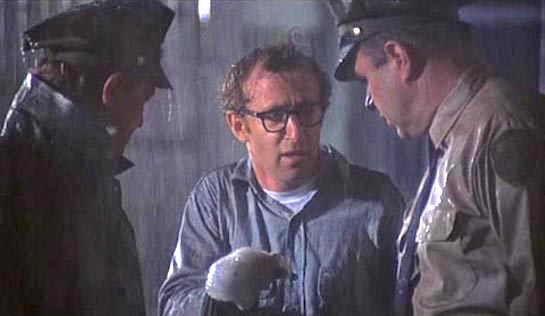 Woody Allen’s first film has him playing the hopelessly inept Virgil Starkwell in a documentary-style account of his life. It no doubt says much about Allen’s own fantasies that while Virgil is an utter failure and decidedly unattractive he somehow attracts and weds a competent, beautiful woman. Virgil, unable to do anything else, devotes himself to a life of crime, but is equally hopeless in his chosen field.

This is not a prison film per se, but it does contain several wonderful sequences: the best comedic escape sequence with a mass escape by a multi-racial group of prisoners from a chain gang – still chained together, and an irresistible scene with Virgil becoming ticklish during a pat-down search.  And there’s the bit where he tries to escape with a gun made of soap, and is undone in the rain. Or where you hear the hilarity of his co-conspirators in an escape bid when they realise they’ve forgotten to tell him that the plan is off and he’s out there on his own, waiting for the rest to arrive.

It’s rapid-fire hit and miss stuff, but the prison bits are as good as any prison comedy, anywhere. 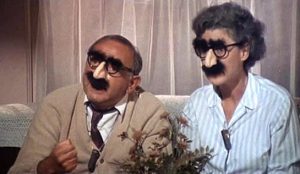 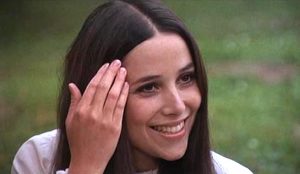 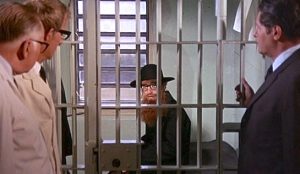 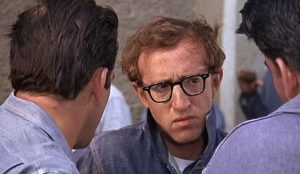 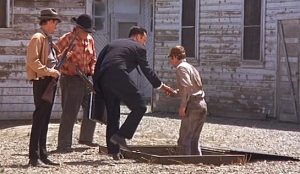 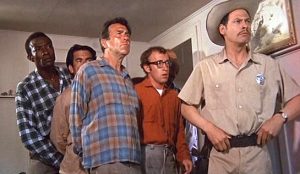