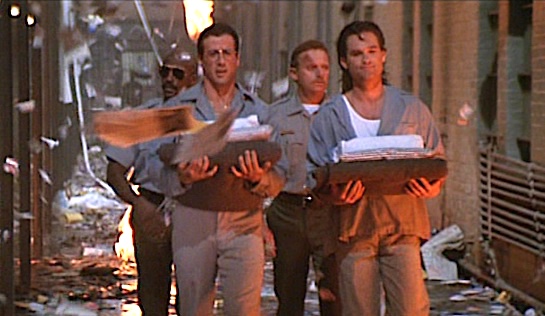 Crime lord Yves Perret (Jack Palance) is aggrieved at the success that unorthodox cops Ray Tango (Sylvester Stallone) and Gabriel Cash (Kurt Russell) have had in busting his drugs and arms dealing operations. He hatches an evil plan. Rather than have them knocked (which would clearly be the easiest option), he wants them framed, tried, jailed, and then killed in jail. Make sense? As much as the rest of the movie…

Tango is smartly dressed, wears glasses to make him look more intelligent, is stockmarket-savvy, and seemingly catches crooks for the adrenalin rush. Cash is a bit of a slob and not exactly a by-the-book man, either. Both believe they’re the best cop on the force. They are separately lured by Perret’s men to a warehouse where there is a dead FBI agent and an elaborate plan in place to make it look like they killed him. The FBI men buy the whole frame-up. Midway through their trial things are looking so grim for the super-cops that they cop a plea, expecting to serve 18 months at a Club Med minimum-security prison. This works as we’re all aware of innocent Police pleading guilty to manslaughter charges all the time.

Instead of Club Med they’re sent to a maximum security nick, Perret apparently having bought the whole justice system. The disgraced odd couple is not afforded the protection you might expect, but placed in the general population amongst all the blokes they’d put in jail. Before being placed in their cells they are allowed to take a relaxing shower together, which importantly affords them the opportunity to banter about the relative sizes of their appendages. We get the picture; they’re competitive. On reception into the cellblock paper and fire rain upon them like a tickertape parade. The guards don’t seem at all troubled by this. Nor do the  guards later stop the other prisoners from dragging them from their cells, stringing them up, dangling them over troughs of water and electrocuting them, with Perret and his henchmen (who obviously have licence to come and go into the prison at will) directing traffic. Hmmm. Not sure why all the prisoners don’t follow Perret out the door.

Saved at the last minute, T & C decide to escape. And they do, evading pursuing prisoners, crooked guards, and possibly some honest guards as well. Fortunately, none of the prison officials think to place someone outside the prison walls, even though they know the escape is in progress. Once out, they track down all the witnesses in their trial whom Perret had used to set them up and give perjured evidence, and then find Perret’s fortified HQ. Inside the Perret compound there are explosions, monster trucks, gimmicks pinched from James Bond movies, 25,000 rounds of ammunition fired at them (none too accurately), and 250 by them (most hitting their mark). And Tango’s beautiful sister, Katherine (Teri Hatcher), in whom Cash had developed a carnal interest, held hostage by Perret and his men.

No prizes for guessing the outcome.

As you might expect, the prison scenes are crafted with the same rather cavalier attitude to credible storytelling as the rest of the movie. Apart from their reception into the cellblock, where our heroes are pelted with debris but walk nonchalantly through the swirling paper and the odd spot fire, there’s nothing to distinguish the location from any building or movie lot, an impression enhanced by the inmates having unfettered access to all parts of the prison and a notable absence of any supervision. It’s a contribution to the genre that’s easily ignored. 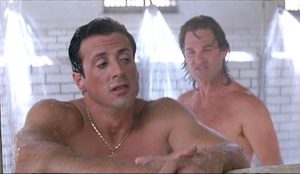 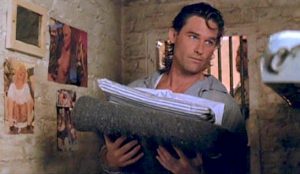 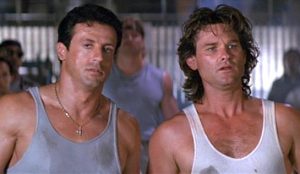 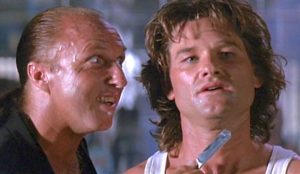 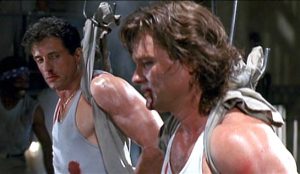 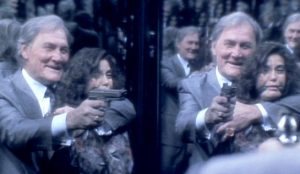