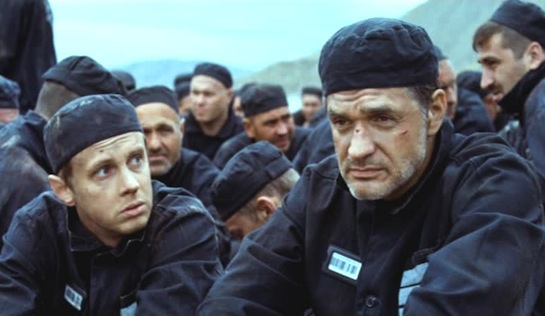 Looking for creative solutions to prison overcrowding? Try this for size.

It’s 2013. Russia has provided the location (a bleak, barren sub-Arctic island), and the international community has provided the resources for a new project (read ‘experiment’) to reduce the financial burden on participant states after the world-wide abolition of capital punishment.

Amongst the first shipment of Russian and Chechen lifers given the option to get out of prison and join the project are cellmates Ivan Zhilin (Konstantin Lavronenko) and Nikloai Skachkov, known as Sipa (Andrei Feskov). Zhilin is your pretty standard dedicated-family-man-in-prison, despite having killed six people; it turns out that his family died in a plane crash and to assuage his grief he wiped out a flock of air traffic controllers. Sipa is perhaps not quite so honourable; he has killed 22 people, seemingly to test a number of hypotheses regarding the length of short and long intestines, and remains mentally fragile.

It soon becomes apparent that they have volunteered for the adult version of The Lord of the Flies, for the project involves the authorities leaving the prisoners to their own devices – with no guards and just three months’ worth of food and other supplies. It starts predictably enough, with the Russians and the Chechens in bloody battle, and the prisoners quickly exhausting the food supplies that the island’s lemmings don’t get to first. Zhilin escapes the ruckus and sets up camp in the rocks high above the prison camp. He finds shelter, hunts birds and sets up a shrine to his lost family. Soon afterwards Sipa finds him, and for reasons that remain unclear Zhilin tolerates him and doesn’t toss him off the cliff. When the cold really sets in Zhilin makes the call to head down to the camp, rather than freeze to death.

Back in the camp, the guardless prisoners have set up a prison of their own. Led by the imposing Obezyan or ‘Monkey’ (Pavel Sborshchikov), they have organised themselves into new prison hierarchies with different groups exercising in fenced compounds at different times. The bosses eat stew each day, while the others fight for what little food there is (which may include the flesh of the day’s slowest or weakest prisoner). The unassuming Zhilin does not like what he sees. Not quite in the spirit of perestroika, he leads a bloody revolt which overthrows the Monkey regime and restores some dignity to those prisoners who have yet to be eaten… until a contingent of US prisoners arrives, and suddenly we’re back to such mayhem that the international authorities are forced to abandon the project altogether. With barely a survivor, who needs capital punishment?

In a nice counterpoint to films like In Hell (2003) and Undisputed III (2010), all the really bad baddies (amongst them, the only woman in the whole film) are from English-speaking countries (and, yes, I know that they were Georgians rather than Russians in Undisputed III, but you get my point); post-Cold War relations would appear to remain a little frosty. The political allegory doesn’t seem to quite work; with the island in Russian territory (albeit filmed in Malta and Norway) and tranches of Russian prisoners, it doesn’t look as though the Russians are entirely being manipulated by the overbearing West, but that seems to be the message.

Other than for some silliness at the end, the film works… and works in the same way as Lord of the Flies [and indeed Das Experiment (2001)] work in their observations about human nature. It also seems to suggest that any violence perpetrated against prisoners by prison authorities is far better than that which the prisoners would mete out to themselves, but I’m not sure that it set out with that message in mind. 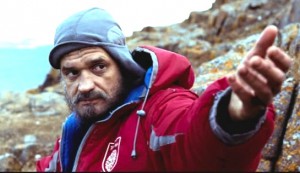 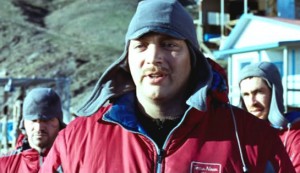