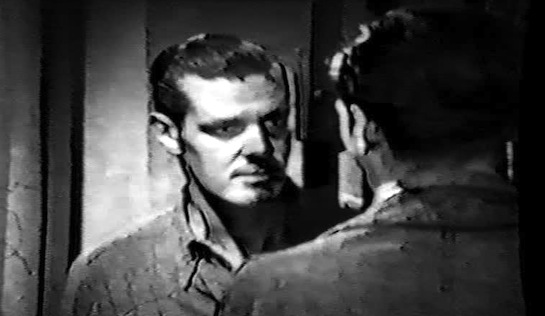 When Deputy District Attorney Douglas Goodwin (Paul Kelly) smugly celebrates the success of his latest prosecution – another conviction and another death sentence – you immediately know that somehow the boot is going to be on the other foot. And it soon is.

Later that very day Goodwin is wining and dining the DA’s secretary, Claire Patterson (Marsha Hunt), when his wife, from whom he is separated but not divorced, drops by to say hello and throw a glass of water in Claire’s face. Goodwin very publicly avows that she will never humiliate him again, or words to that effect, and later that night drops around to her place to sort things out. While he is there she surprises a burglar in her bedroom; the prowler shoots her and escapes via the balcony. Goodwin arrives moments later, picks up the gun and takes a shot at the fleeing man, but when his wife’s maid arrives it is he who is holding the gun over his wife’s dead body. He claims to have shot the intruder in the shoulder, but his story doesn’t check out; it’s his gun, there is no blood, no sign of footprints… and he is in due course convicted and sent to death row, alongside half a dozen or so men he has put there earlier.

The film is only 61 minutes long and it has to work hard to resolve three critical storylines in that time: his budding relationship with Claire, how his attitude to capital punishment changes once he has a more personal stake in the policy debate, and the race to prove his innocence, which is led by the DA’s best investigator, Jerry Welsh (Kent Taylor). It’s a bit odd for the DA to continue to test a defendant’s alibi after securing his conviction, but the choice of Welsh to head the investigation is also an intriguing one; Welsh is self-consciously conflicted in his task, as he too is in love with with Miss Patterson.

The case against capital punishment is wrapped around young Jimmy Ellis (Robert Cummings), an ingenuous kid prosecuted by Goodwin with unnecessary ferocity. In the courtroom, just after being sentenced, Jimmy turns to the Deputy DA and says, “Mr Goodwin? Why do you want to kill me? I was drunk when I shot him or I wouldn’t have done it, but you’re sober. I don’t understand.” They fatefully meet again on Death Row. Jimmy is strangely forgiving, and tells Goodwin, “Only God (has) the power to give life and take it away.” Later, when Goodwin is bizarrely invited to address the Senate on the issue, he invokes Jimmy’s words: “Man has no right to play God,” he says – but to no avail; his conversion to the anti-death penalty lobby carries no truck with the good Senators.

Luckily, he has no need of the legislature’s goodwill. The dedicated Welsh turns up a coat with a bullet hole in the shoulder, and then – just in time – finds a criminal, ‘Twitchy’ Burke, with a matching hole in his shoulder. Goodwin, minutes from the chair, is reprieved, magnanimously gives Welsh and Claire his blessing, and sets his sights on being an investigator like Welsh himself, leaving the prosecuting to someone else.

It’s a neat little movie, but one which sadly lacks the venom with which the prisoners welcome the framed DA in 6,000 Enemies (1939); Goodwin gets an improbably easy ride. And sadly the drama must also move so quickly that there is no time to dwell on the prison experience generally, or the experience of condemned men awaiting execution. And certainly no time to explore whether there’s any guilt in a former prosecutor who has previously sent many men to their death. 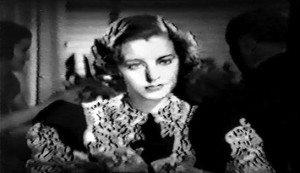 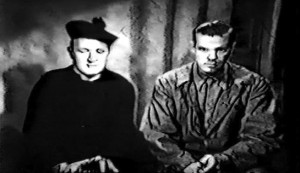