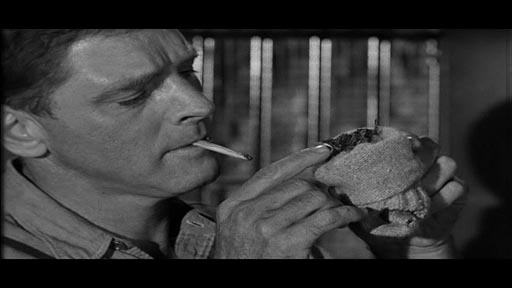 This black-and-white film is sometimes referred to as a classic.  Personally, I don’t buy it.

For starters, Robert Stroud, the real ‘Birdman’, was never allowed to have birds at Alcatraz, where he spent 16-odd years, but admittedly that’s not this film’s fault.  All his bird stuff (the familiar story of him nursing a sparrow back to health, getting more and more birds and later becoming a world-renowned ornithologist with expertise on bird diseases) happened in Leavenworth, where he spent over thirty years for killing a punter who had failed to pay a prostitute for whom Stroud was pimping, and then murdering a prison guard in a mess hall of over 1,000 prisoners over a denied visit with his brother.

The film of his story is pretty sympathetic to Stroud (notwithstanding its glimpses of his narcissism and an unhealthy relationship with his mother). Burt Lancaster does a fair job in portraying him from young hothead (ready to react violently if anyone spoke ill of dear old mum) to mellow spokesperson and case-in-point for prison reform (of the “why does the system insist on keeping men locked up after they have so patently been rehabilitated?” variety).

The real Stroud was seemingly unpopular with both guards and inmates and used his scientific equipment to make home brews.  The film charts his extraordinary story (from grade 3 education to self-taught scientist) but takes a long, long time in doing so and at times has the stilted feel and look of a poorly adapted play.  It only half works. 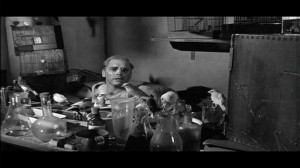 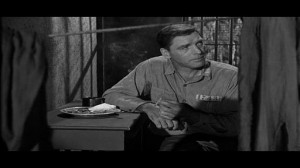