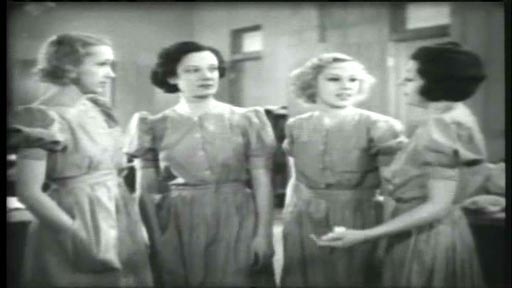 This is a story about a nice, law-abiding woman who gets herself sent to prison in order to gather information which she hopes will save her brother from being executed. Brave, but not as brave as you’d imagine. This is the most benign prison you will ever see – and one which finally debunks all those movies which depict prisons as unpleasant places populated by unpleasant people.

Marion Courtney (Dorothy Tree) is being hotly pursued by DA Jeff Powell (Onslow Stevens). But she won’t marry him until she can sort out something, which she refuses to disclose. She’s at dinner with Jeff at a New York club when she sees a young man she knows, Harry West, and they arrange to meet the next day. But soon a shot is fired outside the club, a man is dead and Harry is arrested a short way away. In no time he’s charged with murder. All the eyewitnesses point to Harry as the man who fired the gun… but Marion doesn’t believe them.

During Harry’s trial, at which Jeff is prosecuting (not knowing any connection between the defendant and the woman he loves), it is revealed that the gun used in the murder was found in the possession of Evelyn ‘Duchess’ Thane (Mary Doran), the consort of smooth gamblin’ man Arny Norman (Walter Byron), both of whom were earlier at dinner with the deceased man, Neselli. Police believe Arny’s and the Duchess’s account that Harry shot Neselli and thrust the gun into the Duchess’s hand and that, in a panic, she put it in her purse. The jury accepts this version, too, and finds Harry guilty, but the judge (at the request of Harry’s lawyer) sees fit to put the Duchess away for 1 to 5 for being an accessory after the fact. Very, very odd.

Marion gets a judge friend to invent a criminal history and send her to the same prison and (lo and behold!) she gets to share a cell with the Duchess. And what a prison it is. A wardress brings her round and introduces her to all the girls, who are just lovely (if a little gossipy), and everyone walks around arm in arm being super polite and friendly. Only the Duchess is unpleasant, but Mary (Marion’s nom de prison) soon sets her straight, and they become best buddies. They share a massive room with wood panelling, twin beds and a dresser. It’s very comfy, but the Duchess still wants out. So Arny has the prison set on fire, and in the confusion the Duchess escapes, taking Marion with her.

That wasn’t exactly the plan, but neither Arny nor his henchman can work out where they’d seen Marion before. The Police are looking for Arny, knowing that he’ll be harbouring the Duchess. The cops also know that gangsters are looking for him too, because he owed Neselli $38,000 in gambling debts. The Police track them down, manage to get an electronic listening device on the safe house and overhear one of Arny’s retainers admit to Marion that he was forced to perjure himself to protect his boss. Soon enough all the bad guys are arrested, Arny is charged with the murder, and goodness prevails.

It is only then that Marion is able to disclose that Harry is her brother who had disgraced the family name… which is a relief to Jeff who had feared that it was a rival suitor. They kiss and all is well in the world. And, no doubt, in that lovely prison. 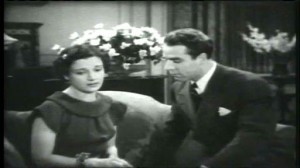 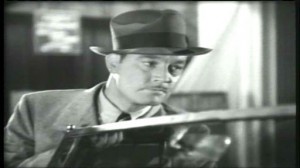 ‘The Bridge of Sighs’ is not the Venetian one but the connecting bridge between the Law courts and The Tombs (the House of Detention) in Manhattan. It doesn’t seem the most pertinent title in the world, but what would I know?