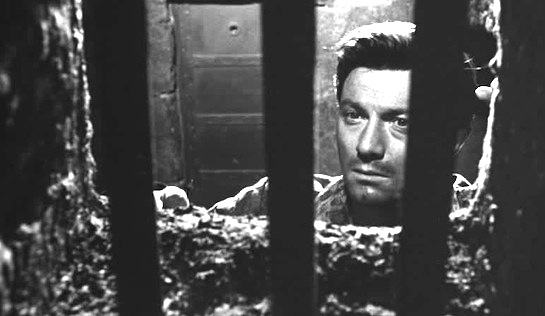 Part escape thriller, part coming-of-age story, part religious fable. This is, unsurprisingly, a story about a ceremony, full of pomp and ritual and tradition and heavy symbolism. It’s about an execution.

We find ourselves in a dank, impressive old prison in Tangier, where Sean McKenna (Laurence Harvey, who is also producer and director – and so has a fair stake in the movie) is being held pending his execution. There is much debate about whether he deserves to die; a bank guard was shot during a robbery, but McKenna didn’t pull the trigger and indeed tried to stop the use of the gun. The sympathetic prison Warden (John Ireland) tells him that if he gives up the name of the shooter, or where the loot is hidden, he may be spared. McKenna doesn’t think a life wasted away in prison is such a good deal.

The local priest, Fr O’Brian (Jack MacGowran), worries about Sean’s salvation. Sean doesn’t, insisting that “there is no God, and if there is, he’s terrible.” On the other side, worrying only that the execution is carried out, is the supercilious Lecoq (Ross Martin), a public prosecutor keen for the world to see that in the international zone of Tangier, crime will not be tolerated .

But there is a plot afoot. Sean’s brother, Dominic (Robert Walker), his beautiful girlfriend Catherine (Sarah Miles) and another man, Nicky, have hatched a complicated plan to spring him from the jail in the hours just before he faces the firing squad. It involves Dominic substituting for Fr O’Brian (whom they waylay) in administering the last rites, while at the same time Nicky breaks into the prison – allowing Dominic to switch identities with Sean, scale the wall, jump into a waiting car and speed away with all the guards in pursuit. In all the mayhem Sean is able to simply stroll out of the prison, dressed as a priest.

What Sean doesn’t realise, until he’s reunited with Dominic and Catherine at her hotel room in the nearby town (why the prison authorities didn’t go straight there is a bit hard to understand), is that part of the deal is that he relinquishes Catherine to his younger brother. That option is about as attractive to him as spending the rest of his life in prison. There is a… um… disagreement. When the Police close in, however, Dominic again draws the heat to protect his brother, leading the Police on another chase. After his car crashes in flames he is dragged from the wreckage and his horribly burned body, presumed to be Sean’s, is taken back to the prison, introduced to Fr O’Brian, propped up in a chair and duly shot. End of ceremony, not quite as planned.

Inexplicably, Sean surrenders himself to the prison, in awe of the sacrifice his brother has made. “This is my brother. He died for me,” he says, with heavy-handed evangelism, and in support of the maxim that there’s a bit of God in every one of us. 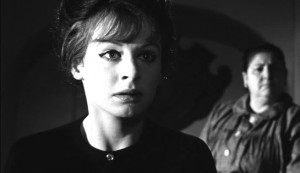 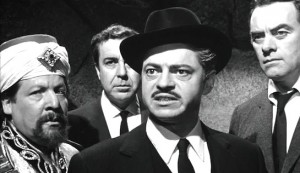