For starters, I’m not sure why this horror movie is called The Chair. Yes, there is an electric chair, but it doesn’t make an appearance until the last few minutes of the film, and it doesn’t even loom large over the preceding action. It’s a little like calling The Shawshank Redemption ‘The Beach.’

But it is a Death Row film – one of those low-budget Death Row films where you know that there has to be a bigger prison somewhere  in the background… but all you get to see is five or so cells and a handful of staff and prisoners. Yet it’s unlike most Death Row films in that despite the fact that some of its inmates have been there for years – in the case of Richard Sullivan (Timothy Muskatell), almost 15 years – the guards still find it necessary to exact ritualistic, daily revenge on behalf of an outraged community. You’d think they might have grown weary of it all over the years, but no.

Sullivan’s history is curiously ill-defined. He maintains his innocence, but flashbacks suggest a level of culpability and the story has him variously accused of killing 12 kids in a daycare centre, enticing a child into his ice-cream van, and reputedly having killed over 30 people. None of which are contradictory, exactly, but it’s odd.

The chief protagonist on the guards’ side is the jaded, misanthropic Joe Murphy (Roddy Piper), who manages to torment the prisoners with an unwavering dedication to the task – specialising in food abuses (tipping every meal on the floor, withholding food from starving men, urinating in the food, and so on). Strangely, none of the prisoners seem particularly emaciated. “It’s not my job to feed psychos,” Murphy tells the Warden, momentarily losing sight of what his job entails. “Yes it is, Joe,” the Warden assures him.

But don’t start thinking that Warden Josef Enruk (Bill Oberst Jr) is some bleeding heart administrator. Despite the presumed complexity of his role managing a big prison – albeit a sort of black site prison that prefers to treat the pesky deaths of prisoners and guards in-house, rather than trouble law enforcement agencies – he likes nothing better than to slip on a pair of welding goggles and, using his technological genius and more hands-on methods, torturing his hapless Death Row inmates. One prisoner is cut in two by closing the hydraulic sliding door on his prone body. The Warden himself breaks Sullivan’s toes with a pair of pliers, and another prisoner, Tudley (Ezra Buzzington), is gang raped by his guards… and Murphy’s PR24, while the warden broadcasts the prisoner’s screams over the PA. They take their brutality very seriously.

Based on a graphic novel of the same name, The Chair is designed to appeal, one expects, to an audience unused to critical thought. The guards, whose poking of bears is the chief sport, are nonetheless so relaxed about the dangerousness of their inmate victims (whom they torture in retaliation for being monsters) to happily go into their cells one-out… even after Sullivan impales one man with a mop handle. It is as if the guards have been instructed to act ‘by the book’ in their dealings with prisoners, unaware that it is a comic book.

In the same vein, the final twist  in the tale is so outrageously outrageous that the whole film is rendered ridiculously ridiculous.

Which is a bit of a shame, because Piper is superb and Muskatell does a solid job. But they shine in what is ultimately a very silly film. 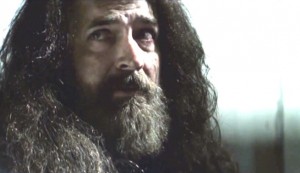 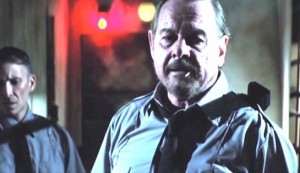 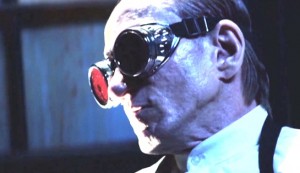 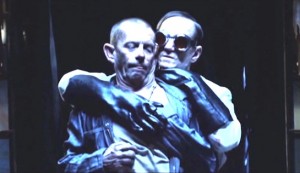