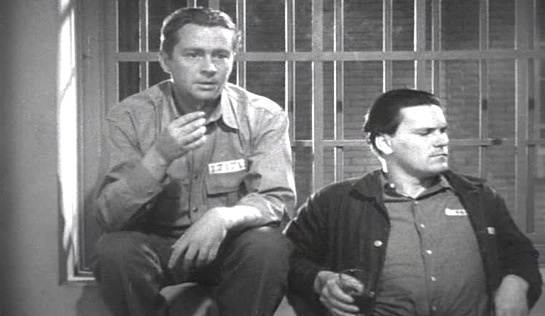 Scandal and the penitentiary on New York’s Welfare Island (known as Blackwell’s Island prior to 1921 and Roosevelt Island since 1971) went pretty much hand-in-hand in the 1930s. The prison was overcrowded and run by two rival gangs. Narcotics and corruption were rife. In 1932 the warden attempted to mediate a truce in his office, but it ended badly and the boss of one of the gangs was stabbed to death – leading to a riotous battle between the warring parties. The prison was described as a ‘country club for the chosen few gangsters’ and when Mayor LaGuardia’s corrections commissioner, Austin H MacCormick, raided the prison in January 1934, his officers found one mob leader, Joie Rao, occupying an entire floor in the hospital with his own staff, including a personal barber and chef, and his lieutenants able to remove their cell doors so that they were not locked in. All the prisoners were soon relocated to the new prison on Rikers Island. It’s this prison at which this comedy pokes a bit of gentle fun.

The film’s opening is as lame as any I can recall. Don (‘Mac’) McLane (James Dunn) is newspaper reporter with The Ledger and a self-declared gynephobe, intent on handing out warnings about the graspingness of women to anyone who will listen. He even trots out the same line to Martha Allen (Mae Clarke), a reporter on the rival newspaper The Star with whom he is immediately smitten.

After a whirlwind courtship they decide to get married, but Mac leaves Martha stranded at the church, having been persuaded by his editor to instead go undercover at the Westgate Jail, in a once-in-a-lifetime opportunity to expose corruption at the prison. Mac pens a loving note of apology to Martha, and entrusts it to his editor to give to her. His editor tears it up.

The prison into which Mac is delivered – under the name of Prentice – is like few others. The two rival gangs occupy different ends of the block, but live very comfortably; it does indeed look like a racketeers’ country club. The prisoners can elect to lock themselves in their cells, or not. Cubby, the leader of one of the gangs, walks his dog and, (very much like Rao, apparently), chooses to come and go from the prison as he pleases. And the guards seem to survive on tips (and other sundry payments) from the inmates.

Mac settles in quite nicely, but it’s not long before his cover is blown. Not knowing this, he bribes Captain of the Yard Rafferty and is given a short parole so that he can see Martha. Newly aware that Mac is actually a reporter, the warden sends two of his prisoners, Muggs and Pete Hogan (the latter who he is allowing to stay at the prison until the heat dies down over a big robbery – for half of the proceeds) to retrieve him, and Rafferty is admonished for allowing him out. “Well, I didn’t know the guy was a reporter,” he says. “I thought he was only a criminal. I thought he was OK…” Muggs and Hogan grab Mac just before he gets to see the jilted Martha, who appears with a wealthy new beau on her arm. Well, an old beau, newly on her arm.

The next day editor of The Star knowingly sends Martha to the prison to check out the rumour that it’s Don McLane and not a bloke named Prentice who’s the new boy on the block. Martha in turn leaves her suitor (whom she very quickly agreed to marry to get over the shame of being left at the altar) at the altar, and heads in to see Mac.

Mac and Martha (in Mac’s cell) are in the process of clearing up all the confusion when the commissioner raids the prison; the rorts are uncovered, a woman is found in Mac’s cell, and the warden and Pete Hogan are found swimming in banknotes after a desperate tussle to ensure that two large bags full of money are found in the other’s possession.

With the misunderstandings sorted, Mac and Martha embark on the rest of their lives together… trying to out-scoop each other.

Today the prison scenes in The Daring Young Man (which sadly occupy not a lot of screen time) seem very fanciful; the prisoners’ privileged existence appears very much a comedic construct. But audiences in 1935 (particularly those in New York), would have immediately recognised the references to Welfare Island, and it’s a decidedly more interesting film now knowing that history.

It’s said that all the prisoners outside the inner circle of favoured gang members reportedly cheered when Austin H MacCormack arrived to clean up the prison and bring those living the high life back to earth. And a bit of comeuppance still goes a long way… even after a slow start. 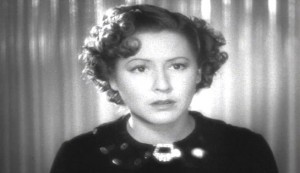 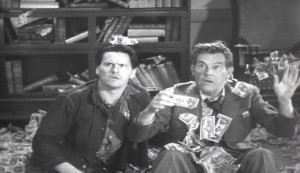