The Experiment opens with scenes of various animals engaged in alpha male battles for superiority, some other animals killing others that are less strong, and humans engaged in acts of degradation and abuse of others. The message seems clear: men are no different to animals, and it is the natural order of things for prison guards to brutally assert their power over prisoners. We soon learn that this natural order involves things such as guards urinating on prisoners, demanding sex from them, and finding justification to deny an ill prisoner access to life-preserving medication.

Whereas the German film Das Experiment (2001) was loosely modelled on the 1971 Stanford Prison Experiment, The Experiment appears to have been loosely based on Das Experiment.  It has a decidedly better ending than Das Experiment, but its portrayal of the psychological processes which fuel the oppositional positions of guards and prisoners seem less credible. Having said that, the prisoner rebellion on day two of the real Stanford Experiment, and the pretend-guards’ excesses in retaliation (when they thought the researchers weren’t watching), are still incredible 40 years on.

In this version it is the pacifist Travis (Adrien Brody), who has signed up for the experiment to make enough quick cash to join new girlfriend Bay (Maggie Grace) in India, who finds himself leading the mock-prisoner group. He goes toe-to-toe with the seemingly mild, God-fearing Barris (Forest Whitaker), standing up on the big issues like fairness and decency, and pushing boundaries over some smaller ones, like the quality of the food.

Brody is excellent, as is Cam Gigandet as another guard, Chase, who first takes the initiative on the part of the guards before relinquishing it to Barris – who rapidly grows meaner and more confident, the guard’s uniform magically giving him licence to humiliate prisoners in the way that perhaps he would want to treat his tormenting mother back home. But the film doesn’t entirely work in part because Barris’s transformation from impotent mommy’s boy to brutal leader, drunk on power, is a bit too quick, a bit too unlikely. That’s not to say that meek, browbeaten men can’t have cruel, nasty streaks – just that they rarely become cruel, nasty leaders overnight.

I know I cheat in calling this a prison movie rather than a social research movie, but in many respects it better depicts underlying prison attitudes than most prison movies actually set in a prison. And better demonstrates what prisons have to resist in order to be places of fairness and decency. 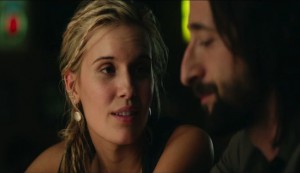 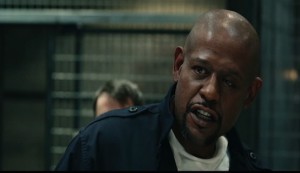