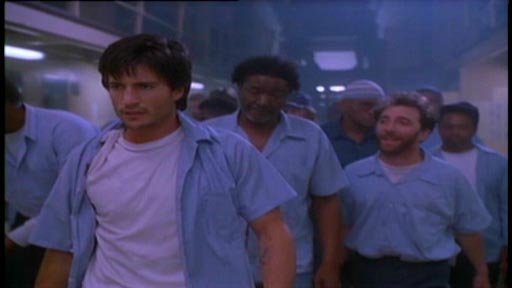 “Do you believe in fate?” Terry Griff is asked. “No,” says the newly-released ex-prisoner, whose cards, quite frankly, have not been dealt kindly. “Nobody’s born to lose. It can go either way. Just depends which side of the fence you’re on.” But Terry’s on the wrong side of that fence 99% of the time. It’s a bit like fate, one suspects.

The 15-year-old Terry shoots his violent father to stop the abuse, and although he isn’t punished for it, the die is cast. He’s made a ward of the state at a juvenile institution, attempts to escape twice, on the second occasion assaulting a correctional officer (for which he gets a lazy 12 years), and spends all his youth in jail.

13 years on, we catch up with Terry (Billy Wirth) in adult jail. He’s in a contest to see who can endure being burnt by a lit cigar for the longest time. He wins. We get it: he can shut down pain.

With no warning, he and his mate Del (Paul Benjamin) are told that they are getting out on early release. Del is a hopeless junkie and owes money to the wrong people. Terry intervenes and succeeds only in upping the ante; Del gets a hot shot and never makes it through the gate. Terry is released in… well, sub-optimal circumstances: a frame of mind shaped by yet another tragedy in which he’s played a part, no supports on the outside, no experience of living as an adult outside of jail, and no release preparation. And a very nasty cigar burn on the inside of his right arm.

Terry pays a visit to Del’s widow and their son, and immediately falls for her sister, Jackie (Erica Gimpel), whose attitude towards him thaws (kicking him out of her home one minute, in bed with him the next) as if microwaved.

For someone who has that emotional frailty, who been inside for so long and has never lived independently, Terry does pretty well. Driving cars? Courting women? Sober living? No real problem. He tries very hard to do the right thing, to be a good person. But he is enormously vulnerable, with his parole officer Arthur Price (Lorenzo Clemens) having the power to throw him back inside for the most meagre of reasons. When Terry complains (in a physical, threatening sort of way) on discovering the huge cut that Price is taking from his salary in the job he arranged for him, Price calls the cops and Terry, seeing nothing but a lifetime in jail ahead of him, flees.

Things spiral downwards, fast. He needs money to live on the run. He teams up with a young hustler and they break into a drug dealer’s house and cause havoc. The drug dealer tracks them down. More havoc. Let’s just say that it doesn’t end with Terry and Jackie getting married at a seaside resort, or Terry becoming a surrogate father to Del’s son.

It’s a bit of an old-fashioned tragedy, really. It speaks a little to the difficulties newly released prisoners have in surviving on the streets, with or without corrupt parole officers. But it says more about how circumstances can conspire to make people unravel and do stupid, bad things – irrespective of good hearts and good intentions.

In humanising the offender it makes a case, a bit obliquely, for a more tolerant approach in managing them in jail and in the community. 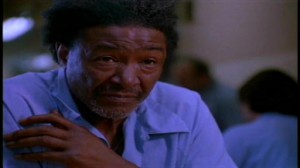 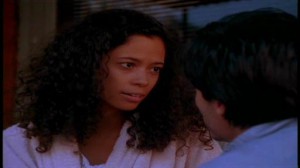