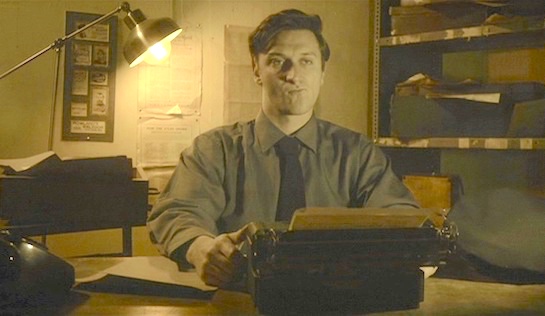 It’s a huge shame when you set your film in Alcatraz in the 1930s and 40s, only to find that sending your long-haired, bearded actor to the barbershop will blow the entire production budget of £57.99.

This is one of those depressing movies; one that is so low budget that, despite being set in a bustling prison, you get to see just three guards, a nurse, the Warden and two prisoners. Oh, and one cell, a corridor and a landing. The only possible reason for it being set in Alcatraz (that I can think of) is to attract a wider audience – in which case you might think that maybe greater effort could have been made to replicate something of the Alcatraz ambiance (that is, beyond inserting stock scenes from the video library).

The story follows Charlie Schmidt (Tom Hendryk), a young man from a very privileged background who has never worked – but who has been told by his father that he won’t be able to access his trust monies unless he acquires a good report from an employer. So off Charlie goes, armed with a college education in literature, to get a job in Alcatraz. Why Alcatraz? He is claustrophobic and his father thought it might be good aversion therapy. Charlie is so well connected that the ambitious Warden (Mark Topping) feels obliged to give him a job.

He starts immediately, on night shift. No training (he is going in as a clerk, but is given a uniform), no induction, no guided tour, no keys, no introductions; just find your own way to D Block and start working. D Block is the solitary confinement area, the punishment block. We know that five years earlier, in 1937, a prisoner named Ed Wutz (Beau Fowler), a sadist who drew lots of crude pictures of females being stabbed, was given his pencil sharpener to stop him from making a noise, and immediately cut his throat with it, in cell 13. The two guards who were on duty that night, playing cards, Al Bradbury (the improbably hirsute Chris Lines) and Gerry Rebane (Marcus Langford), are still working night shift, playing cards.

Despite the Warden’s professed abhorrence of corruption, it seems that there is plenty about. The are lots of ‘off the books’ transfers to D Block for ‘unofficial punishment’ and a succession of prisoners have been placed in cell 13 and then died, supposedly at their own hands. Charlie encounters one of these deaths on his first shift, and makes the mistake of putting ‘unexplained’ as the cause of death in his report. This upsets Bradbury, Rebane and the Warden, the latter of whom berates him for the report’s equivocality and tells him, accusingly, “A prisoner died on your watch.” He doesn’t add, “You first-day clerk!”

Bradbury explains that it is thought sometimes that Ed Wutz is still in cell 13. Lights flicker, and cries of, “Where’s my pencil box?” can be heard at night. And then Charlie is inexplicably ambushed, beaten and kicked by something or someone in the dark. This leads him not to question why he would go back there, but draws him to an infirmary nurse whom he met on his first day, Sherry Vallens (Helen Crevel), who inexplicably takes a shine to him. Charlie shares his suspicions about the deaths in cell 13 with her. And then the weather gets stormier, the paranormal gets paranormalier, everything gets nastier, and the ante is upped.

As I said, it is a depressing movie. Gloucester Prison, in which some scenes were filmed, doesn’t do a great job of being Alcatraz. And it’s more than a little disconcerting that Charlie never bumps into, passes, or goes through a gate manned by, another guard; very few staff on deck on night shift, obviously. Worse still are the gratuitous references to Shakespeare dotted throughout the action, as if they might elevate the story into something it’s not; the Warden has a copy of Richard II on his desk and quotes from Hamlet, a trait immediately picked up by Charlie, who later reads from Hamlet to Sherry’s Ophelia. (Then again, maybe long-haired Al is really Claudius, and not a 1940s prison guard, and I was too dim-witted to get the allusion).

But why a British production saw the need to place the action in Alcatraz, rather than Newgate or Strangeways or Brixton or somewhere else local, I have no idea; maybe they wished to perpetuate a view that only Americans and Danes are capable of such corruption. Accordingly, I look forward to seeing an American right-of-reply production of The Weeping Sores of Wormwood Scrubs – filmed in California with a cast of three actors in cowboy costume. 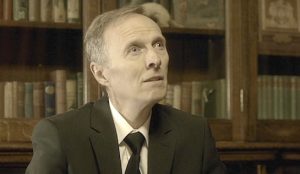 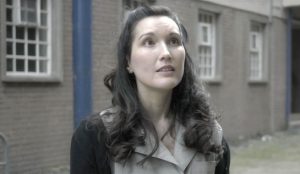 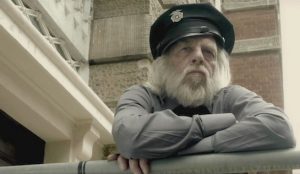 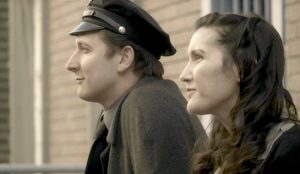 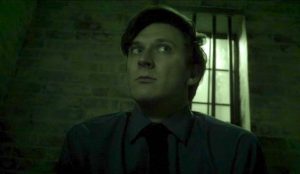 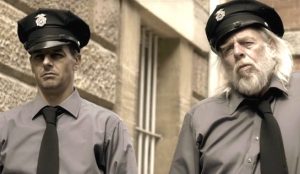