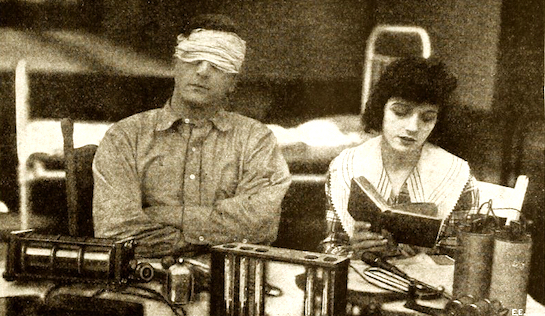 I haven’t seen this silent movie. I’m old, but not quite that old, and the film is now believed to be lost (though not, perhaps, in the 1937 Fox archive fire). The number of people who have seen it, you would think, is declining.

It is a prison reform melodrama; part of the growing campaign to draw attention to the brutal treatment meted out to the ‘submerged tenth’ in prison and seeking to ‘(abolish) flogging, bodily deprivations, lockstepping and striped uniforms.’ Combined of course with a love story. Ahhh.

Thanks to Alison Griffiths’ 2016 book Carceral Fantasies: Cinema and Prison in Early Twentieth-Century America, it is possible to recount a little of the plot. Dr Griffiths, it must be said, looks considerably younger than me and I am therefore a little sceptical about her having seen the film when it was released.

Joseph Stanton (Milton Sills) is serving a life sentence for murdering a man in self-defence. The prison conditions are harsh (the film showed bread bursting with maggots, prisoners collapsing after whippings, a dungeon swarming with rats and snakes) and Stanton takes it upon himself to do something about them. He petitions the Arizona governor to investigate the prison and its corrupt administration, and to implement an honor system; the governor responds by improving conditions and legislating for an honor system. Hooray!

Stanton is subsequently granted a 3-day furlough on condition that if he fails to return the honor system will be abolished, but corrupt senator Crales Harrington (Charles Clary), who is opposed to prison reform, sets out to kidnap him until the deadline has passed. Stanton manages to escape Harrington’s clutches, exposes him, is pardoned, and is free to marry the warden’s prison-reforming daughter, Edith (Miriam Cooper). Harrington ends up in jail.

The film was shot, in part, at the Arizona State Penitentiary in Yuma, and reportedly used up to 6,000 real-life convicts from prisons at Yuma and Florence as extras. Director Raoul Walsh also spent a few days in prison before shooting to pick up the vibe. After the film was released the governor of Arizona reportedly stayed the execution of death row inmates who featured in the movie, delaying their hangings until after they had had the opportunity to see themselves on screen. Their response to this act of generosity is not known.

It’s a little hard to rate a film that you haven’t seen, but contemporary reports were extremely positive – other than, it seems, some from a number of prison administrators who thought that the depicted brutality was from a bygone era. Whether it was a ‘master film’ or a bit out-of-date, it appears that it was a significant film in its day. And similar honor system dramatic themes were to re-emerge in later films like Convicted Woman (1940). 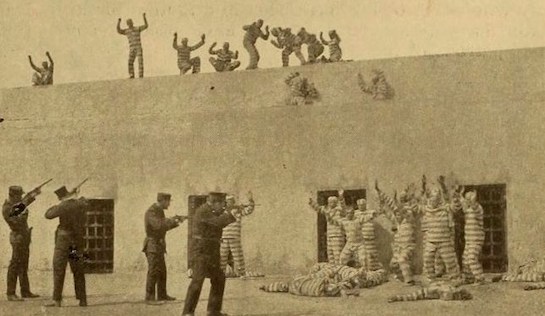