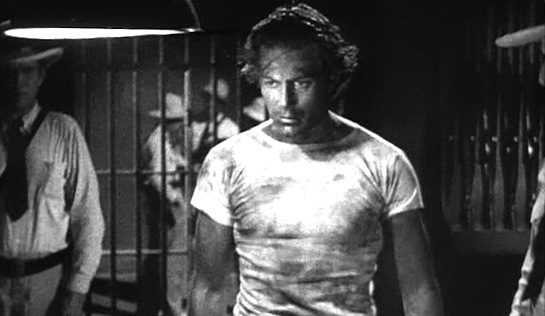 By the time The Hurricane was made, American moviegoers were already well used to the brutality of the French penal colonies from films such as Condemned! (1927) and Escape from Devil’s Island (1935). This provides another opportunity to take a swipe at the French for their administration of justice (and management of their overseas territories), this time in French Polynesia.

John Ford’s Hurricane is set on the fictitious Pacific island of Manukura. It’s not the most convincing French Polynesia that you will ever see. The lead roles are played by Jon Hall and the more exotic Dorothy Lamour, two actors associated with many south seas romances, but – to be frank – neither of whom look much like indigenous Polynesians.

Hall plays Terangi, the island’s golden-haired boy, who is also the first mate on the island’s supply ship. He marries the Chief’s daughter, Marama (Lamour) and soon afterwards, on a trip to Tahiti, he and his fellow sailors are effectively ordered to leave a bar by a rude, drunken Frenchman. Terangi refuses. “Get up when a white man tells ya!” the drunk says, and slaps (the confusingly white) Terangi’s face. Terangi retaliates and punches him, breaking the man’s jaw. Unfortunately, the drunk is well connected and Terangi is sentenced to six months in jail, despite his boat’s (white) captain giving evidence on his behalf.

Manukura goes into mourning. The island’s French Governor, Eugene DeLaage (Raymond Massey), as rigid as the people he governs are free-spirited, is implored by all and sundry to intercede and seek Terangi’s release. He declines; the rule of law must be upheld, he says.

Of course Terangi – “more bird than man” – won’t be contained by a mere prison. Watching his ship pass by as he is doing hard labour near a cliff-top, he dives off the cliff under plenty of gunfire and swims out to the boat… but can’t catch it. He gets another two years. He escapes again and again (not getting too far each time) until his sentence has grown to 16 years. Eight years after his initial imprisonment he escapes for the final time, killing a guard in the process with another single punch to the jaw. This time he manages to get away from Tahiti, stealing a canoe and navigating his way back to Manukura, 600 miles away. It is a remarkable feat, drifting on the ocean for weeks without getting dehydrated or even sunburnt, despite remaining bare-chested for the entire journey (as indeed he does heroically throughout almost the entire film).

Back in Manukura he is touchingly reunited with Marama and meets his daughter Tita for the first time. But everything points to the reunion being short-lived; DeLaage is obsessed with disabusing his subjects of any belief that Terangi – now a murderer! – is a hero or a leader or has been unjustly treated, and is is desperate to catch him and return him to the proper authorities in Tahiti. And then the hurricane arrives, demolishing the island and leaving only a handful of people alive.

The hurricane scenes are extraordinary for the special effects; no doubt they were ground-breaking at the time, and are still powerful today. The prison scenes are less ground-breaking – a recognisably vindictive Warden (John Carradine), some pretty standard instruments of torture (a wheel onto which Terangi is chained, a cell in a water-filled dungeon), some assorted whippings and incompetent guards unable to shoot straight when pursuing the escaping hero. Plus an odious administrator so rule-driven and so out-of-touch with the people he governs that he is unable to see the injustice of the laws that he seeks to uphold.

Not a bad early disaster movie, but quite a way from being a standout prison movie. 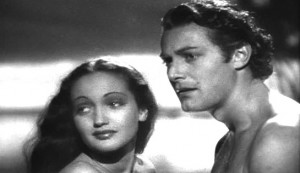 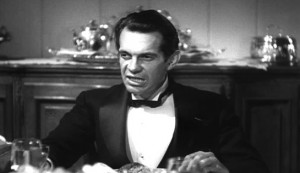