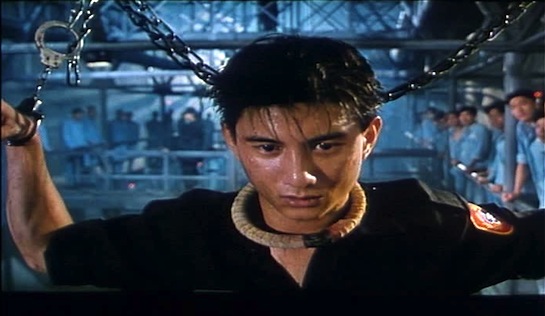 One of the better things that can be said about this film, also known as ‘The Jailbreakers’ or, more properly, ‘Huo shao dao zhi heng hung Ba dao’, is that this time Chu Yen-Ping directs an original script, rather than stringing together scenes from his favourite prison movies as he did in Island of Fire (1990). Some things however remain very similar; same island, same prison, same format of four (or five) prisoners with interwoven stories.

Yeung Chung (Takeshi Kaneshiro), is a cop who, acting on a tip-off from a cop-hating double-crossing informer, mistakenly kills an undercover cop in a drug bust. Oops. He is fired, and in a pique goes back and kills the informer. Oops again. He is placed in a prison with plenty of big-time criminals – including triad boss Pao (Jackson Lau) whose brother he had locked up, and who is not well disposed towards him.

Lin (Nicky Wu) is a boxer who works for another crime boss, fighting in fixed bouts. But he feels he’s been ripped off and plans to clean up in the betting ring and then flee with his wife and son to Hawaii. He wins in Round 5, rather than Round 6 as agreed, but his boss catches up with him before he can collect his winnings and hop on a plane to Hong Kong. He manages to escape the clutches of his boss, defending himself in a massive shootout (enlivened by the odd hand-grenade), one-out against 417 foes. Exactly how he winds up in jail remains a mystery to me; I thought that no-one goes to jail for being involved in a shootout.

In prison, Yeung and Lin are linked by their willingness to stand up for what’s right; Leung because he continues to play cop out of habit and a sense of duty, and Lin because he fights for the underdog. They prevent prisoners being assaulted, and stop one overweight, bespectacled (and alcoholic) prisoner, Liang (Chiu Chi-Keung), from being raped. Yeung even instinctively helps the Mr Big, Pao, when he is under attack from a rival – for which he receives Pao’s gratitude and protection, which is handy for an ex-cop.

The prison has some intriguing features. Pao, who claims to control all the drugs in South East Asia, pretty much controls the prison, too. He dines on gourmet food, is given wine with his meals, and continues to direct the operations of his drug cartel on his mobile phone. Liang, who seems to work for Pao but has nothing at all to offer him, is still able to get bottles of alcohol in daily to feed his addiction… and the bottles, usually consumed in the kitchen, are never hidden from view. It is a very efficient kitchen for a big prison – only three or four prisoners seem to work there at any one time, and even with so few, some of those same prisoners can be seen working in the fields on odd days. Pao’s influence is such that he is able to arrange for a prostitute and Lin’s obese child, Wen, to be smuggled into the prison for a day. No-one bats an eyelid.

The prison also boasts a stunning array of chains and restraints for those who displease Warden Goo (Anthony Wong). The subtitles on my DVD kept referring to the Warden as Warren, which tends to undermine his authority, but his chains remain impressively nasty. Some of them are used to publicly humiliate transgressors in the cellblock; others (placed around the neck, hands and feet) are used creatively to suspend troublesome prisoners face-down in a deep hole.

Ultimately, Lin and a formerly-wealthy prisoner (whose wife and lawyer ran off with all his money) escape dressed in guards’ uniforms, but are immediately caught. The rich man is shot dead; Lin is strung up instead. Yeung, who has been feigning mental illness, then manages to lure enough guards into the one place to kill almost all of them. There is a shootout scene of great athleticism in which Yeung and his cronies predictably shoot with precision at anything that moves, while at the same time dodging everything the sub-machine-gun-carrying guards have to throw at them. Even more thrilling are the dying guards, who nearly all manage to somersault over tier railings for maximum effect. Yeung, Lin and Pao all escape, leaving Warden Goo at the mercy of rampaging prisoners.

This is a pretty traditional Hong Kong action flick. There are fist fights, gun fights, grenade fights. Kickboxing fights. But it’s too morally complex for me. Yeung and Lin are the good guys, right? Pao is a bad guy. Then how come Yeung and Lin shoot all those innocent people (even if some of them are part of a corrupt system) and it’s a good thing? And how come we don’t mind Pao escaping and evading justice? Is it because he’s a better drug-dealing triad boss than his rival who is challenging him for jailhouse supremacy and trying to take half of his business? It’s much too hard. But quite good fun. 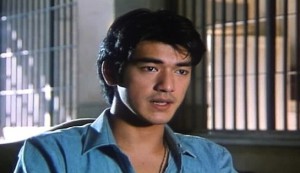 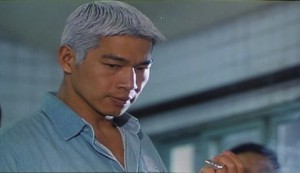