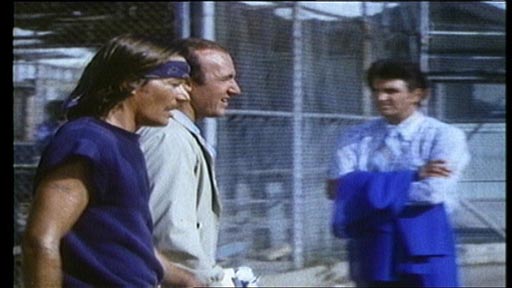 This is the film to wear if you’re invited to a 1970s fancy dress party.  Shot on location in California’s Folsom Prison (with inmates playing some of the roles) and looking like a grainy home movie, it’s a bit like a fairytale with some solid, believable snippets of prison life thrown in.

The central character is Larry ‘Rain’ Murphy (Peter Strauss), in prison for murdering his drunken father to stop him bashing Larry’s teenage stepsister. Larry has baggage. He’s a loner, but we know he’s honourable, and he runs.  All he does is run; it’s his way of dealing with both the past and the present. Soon, the prison officials notice that he’s also running fast. The authorities are good, decent men who realise that if Larry could get selected in the Olympic squad, it would signify to all the prisoners that they can achieve more than just being in jail. Better still is their dress; the Warden leads by example and may be the only warden on film to wear both a powder blue and an electric blue suit while governing his prison. Larry is not bad in the sartorial stakes, either, his preference being a bare chest, tight short shorts, long white socks and maybe a hint of headband to hold back his flowing locks. The action hots up when Larry’s only mate (an African-American) falls foul of the white Mr Big, and winds up dead. Racial tensions, misunderstandings and fights ensue – through which Larry comes pretty much unscathed with the whole prison racially unified behind him, rooting for him to make the Olympic team. It would be a bit churlish to list all of the improbabilities that allow him to get to that point, but here’s just a few: the prison lets him train outside the prison with only his professional running coach for company, agrees to letting him have half an hour in the metal workshop, alone (so that he can rip the place apart and find a huge stash of drugs belonging to the crew that killed his mate), that after he ceremoniously burns the stash in front of Mr Big, no reprisal action is taken, and then the whole prison bands together to build him a quarter mile track inside the prison in 3 or 4 days to allow him to post a qualifying time. But even with all of that, the prison walls don’t come tumblin’ down. 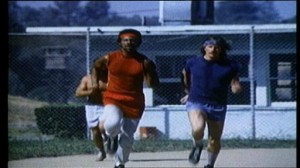 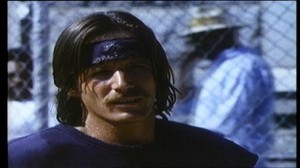