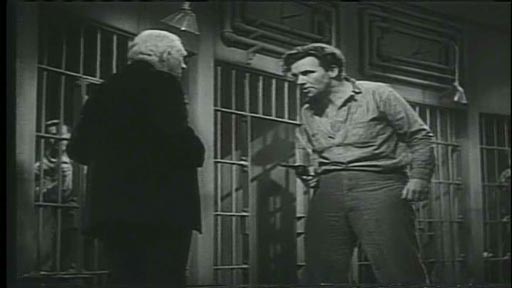 ‘What is society’s responsibility for ever increasing murders? What shall be done with the murderers? The Last Mile does not pretend to give an answer. Society must find its own solution. But murder on the heels of murder is not that solution.’ The Last Mile kicks off with this quote from Lewis E Lawes, Warden of New York’s Sing Sing Prison, and writer of another 1932 film, 20,000 Years in Sing Sing. If you’re looking for a film that extols the virtues of the death penalty, this ain’t that film.

Based on a John Wexley play, it is stagy but mercifully short, and highlights the mental anguish faced by eight men on death row as they await their turn on the electric chair. They are assisted in their suffering by a guard who constantly taunts the men about the ‘burning’ fate that awaits them; it’s an unusual attitude to depict in a death row guard, both on film (other than in The Green Mile, now that I think about it) and in real life – those staff simply haven’t often been allowed to stay around condemned men. The story is short and simple. Richard Walters has been convicted of a murder he didn’t commit, and awaits execution. He and his fellow death row prisoners struggle with their own fears, and those of each other, as they contemplate their mortality. With only an hour and a half before Walters goes to the chair, John ‘Killer’ Mears in the next cell manages to overpower the loathsome guard and relieves him of both his keys and his gun. He releases all the inmates (except one madman who has been driving them particularly crazy), and shoots several guards to show that he means business. As the clock winds down, Police fortuitously chance upon new evidence that will exonerate Walters. Will his reprieve come through in time? Will his involvement in the daring escape bid see him cleared of his murder charge, but facing new accessory to murder charges? Will the warden break all the rules and concede to Mears’ demands, allowing his brother-in-law guard (who is held hostage) to be freed, but enabling Mears to escape and a dangerous precedent to be set of wardens being prepared to negotiate with hostage takers? Will anyone care? Not me.

The 1959 remake with Mickey Rooney is somewhat better, but it doesn’t have the added complexity of Walters’ innocence and possible exoneration. 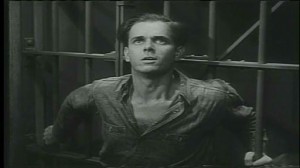 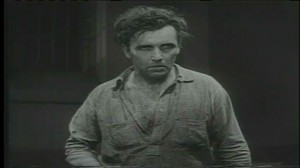