The Loneliness of the Long Distance Runner (1962, UK) 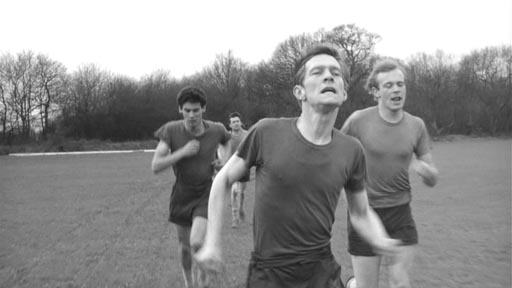 This is the sort of film that ruins the image of prison movies. It’s ugly and gritty as so many are, but it’s also decidedly political… and darkly humorous and strangely uplifting.

Tom Courtenay plays Colin Smith. It’s a no-frills name for a no-frills working-class lad from Nottingham, sent down to a borstal after being pinched breaking into a bakery office with his mate. He’s also a runner, albeit an ungainly one. “Running’s always been a big thing in our family,” he notes in the opening scene, “especially running away from the Police.”

He is also brooding and obstinate like his dad, who refused painkillers and treatment right up to his death a couple of weeks before Colin gets locked up. The boy harbours a contempt for the Establishment that he doesn’t easily conceal. He saw his father have to fight for higher wages at the factory where he worked, and is troubled by the notion of working for a living where the workers don’t share in the profits. Unsurprisingly, perhaps, he finds himself in HM Borstal Ruxton Towers.

The Governor, a delightfully pompous Michael Redgrave, soon discovers that Colin can run, which means, he hopes, that the borstal will win the cross-country cup in a highly anticipated competition against the elite Ranley School. As a result, Colin unexpectedly finds himself the Governor’s blue-eyed-boy and the prison Establishment’s great hope. Colin plays the game. “I’m gonna let them think they’ve got me housetrained,” he says, and he is permitted to go on long runs outside the borstal where he replays the past and is for a time free… free of imposition, prison, family, hardship.

We finally get to the big race, where Colin has victory well within his sights and has to decide whether it’s more true to himself to overcome his unprivileged background and win, or to very deliberately lose – thus denying the bosses what they want. It’s his own victory and is sweet. The film presents a mildly detached view of the borstal system, quietly ridiculing both the traditional style of managing wayward young men, and the newer psycho-dynamic approaches. Courtenay is terrific in that, despite the difficulties in Colin’s upbringing, he never allows you to get close enough to him to excuse his sullenness, or his offending. He doesn’t want our sympathy, that’s for sure. You might be inclined, however, to excuse him for being 25 and looking much too old to be in a borstal. 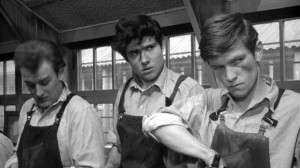 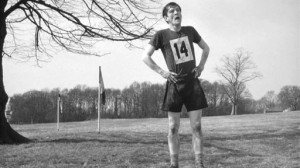