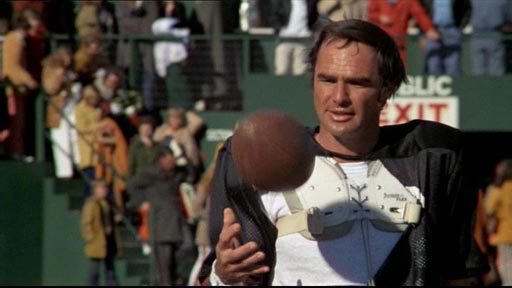 Feel-good comedy starring Burt Reynolds, filmed partly on location at Georgia State Prison, Reidsville. This is the original (and supposedly better) of the two Longest Yards, and apart from being a prison film is also considered by many as the best gridiron movie ever made.

The plot is essentially the same as in the remake: Paul Crewe (Reynolds), a former quarterback and MVP who has been in disgrace for throwing a game, is sent to jail after your standard domestic violence against your wealthy wife / car theft, chase, dumping in the harbour / assault police-type trail of offences. Asked to help coach the prison guards’ semi-professional football team, he is ‘persuaded’ to build a team of prisoners for a practice match ahead of the guards’ first game, and recruits the biggest, ugliest and most violent men he can.  Thankfully, unlike the 2005 version, the match is not played to an immense crowd and a national TV audience but on a relatively small football field (albeit with transvestite singers and cheerleaders).

At half-time, with the scores close, Crewe is ‘asked’ by the warden to throw the game, just as he’s done before – under threat, if he doesn’t, of being charged with the murder of the team’s prisoner manager, in which he naturally played no part.  The outcome is never in doubt, really, but he has to undergo some soul searching (and some abandonment by his team-mates) before he decides to do what he needs to do to respect himself.  The gridiron action is realistic (helped by the involvement of a number of pro footballers and the fact that Reynolds himself played a bit), and the rest of the cast is solid.

Is it better than the remake?  I wouldn’t have thought so – there are some very corny scenes, and Reynolds is at times unconvincing… but the football is undoubtedly better. 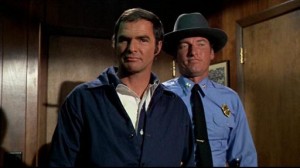 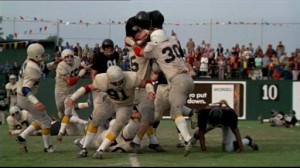