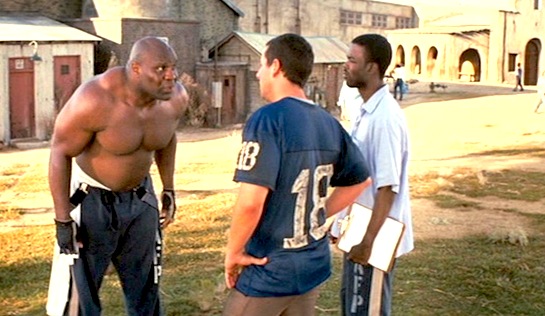 Predictable but largely entertaining remake of the 1974 comedy.

Adam Sandler plays Paul Crewe, a disgraced quarterback who goes to a Texas gaol after a drunken car chase in his girlfriend’s Bentley.  There he is enlisted by the corrupt warden to improve the performance of the sadistic and steroid-fuelled guards’ gridiron team.  Crewe suggests a warm-up game against the convicts to boost their confidence, and then sets about building a team from the convict group.  You can guess the rest.

We forget how different prisons are in the US and in Australia: as in Jailhouse Rock, where a prison concert is broadcast on national TV, the pre-season minor-league warm-up football match here plays to a packed stadium and is broadcast on national TV.  Sandler is competent, as is the motley collection of players in his underdog team (which fortunately doesn’t miss one jail stereotype – think Police Academy in prison garb – and is even supported by transsexual cheerleaders). 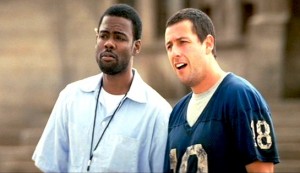 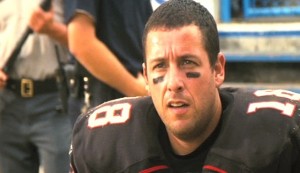