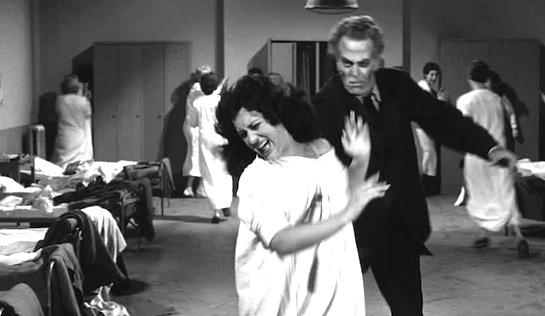 You might start to suspect that something’s not quite right at the La Salle Detention Home for Girls even before you discover that it has its own morgue, replete with with a 5-drawer body refrigerator. That’s a lot of dead prisoners that they’re planning for…

The prisoners themselves (none of whom are anywhere near girls, it turns out) seem to be a bit slow to catch on. There are not a lot of them – they all fit comfortably into one dormitory, and one smallish room on film night – but at least eleven of their number die suddenly (mostly from purported heart ailments) before the women start linking screams in the night to the deaths of these previously healthy fellow inmates. They enlist the support of new social worker Carol Adams (Charlotte Austin), who does some nosy  snooping around the prison’s death records and in doing so incurs the wrath of the cold-hearted Warden, Mrs Ford (Ann Doran) and the villainous prison doctor, Dr Murdock (Victor Jory), who immediately seek to discredit her.

But Miss Adams soon finds an unexpected ally in psychiatrist Dr Jess Rogers (William Hudson), whose willingness to help might not be entirely at a cerebral level, and together they manage to expose the chilling truth!  Hooray!  The prison’s entire management team turns out to be over 200 years old, kept alive by transfers of bio-electric energy, the best source of which is mature women of childbearing age. Unfortunately for the childbearing-aged prisoners, once their energy has been sapped, they die.

The bond between the group of people who have been part of this scientific experiment since the 1780s proves hard to break, and even on the verge of public exposure they continue to kill new women in order to sustain their colleagues’ lives. Fortunately, not all of them need frequent energy top-ups, but those who do, like the mute, zombie-like Eric (Friedrich von Ledebur) develop a petrified sheath, harder than stone, a few hours before they need an energy transfer – a condition that clearly requires the application of masses of dark make-up.

It’s low-budget and low on wit; bad enough to be watchable. And it’s good to know that if you’re seeking immortality, you can spend your eternity running a small women’s prison and be content.  Until the do-gooders show up and stop you killing people, that is. 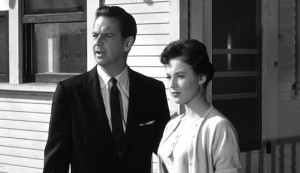 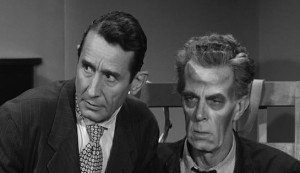