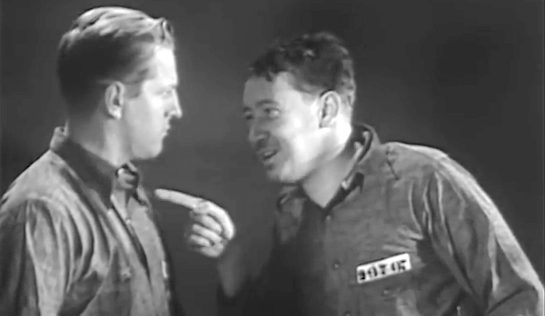 I dug this melodrama out of my stellar ‘Prison Break Classics’ collection and made three unhappy discoveries: it doesn’t involve a prison break, there’s a much better print of it on YouTube, and while it was known for a while as Behind Prison Bars, very little action takes place in prison. Oh well.

The film’s main man is Bob Terry (Ben Alexander), a young up-and-comer who works for an extremely principled boss, John Borden (Ralph Morgan), who rates him highly. We learn a couple of things about Mr Borden very early: he is a little inflexible in his principledness (having just sacked a long-serving, loyal, high performing staff member because he turned up to work intoxicated, against company rules), and his daughter Lois (Kay Linaker) is hopelessly enamoured of Bob.

Just as everything looks rosy for them all, a deficit of $5,000 is found in Bob’s work accounts. Bob protests no knowledge of the missing money, but Borden sees he has “no choice” in the matter; he refers it to police and later gives crucial evidence at court that the money was solely in Bob’s control. Bob is found guilty of embezzlement and sentenced to a whacking 15 years.

Bob is very embittered (even by bitter people’s standards) and does the first five years hard – although all we see of his jail time is him chatting with his cellmate, an amiable habitual criminal, Todd Shannon (Edward Acuff), and developing nasty calluses on his hands from rock-breaking. He is consumed by getting even with Borden once he’s released. Killing him is not ruled out.

Then a cashier at Bob’s old firm commits suicide and leaves a note confessing to the embezzlement. Bob is exonerated and freed! Borden is full of guilt and remorse and self-reproach. He asks an old priest friend to speak to Bob on his behalf and extend an offer to live at his home and get his old job back. Bob’s immediate impulse is to decline, but Todd convinces him that if he wants to get even with Borden, where better to do so than in his home? He accepts.

Lois, who has always believed in his innocence, is especially delighted to welcome him into her home, but after a mildly stand-offish 30-second conversation in which he fails to be sufficiently effusive, exclaims, “Father, what have they done to him?” “Too much, my dear.” “He seems so… bitter.”

While Bitter Bob refuses almost all of the help he is offered, Borden is desperately keen to make reparation – so much so that he even shows him the hidden safe and gives him the combination so that he can get some money to buy new clothes.

The opportunity for revenge comes quickly. Bob gets a job as head waiter at a club run by one of Todd’s gangster mates, Carmody (Charles Brokaw) at the same time that Borden is entrusted with $250,000 in bonds and doesn’t have time to deposit them in the bank… so tucks them away in his safe at home. Carmody somehow knows of this (!) and without hesitation Bob gives him all that he needs to breach the safe, while staying at the club with a perfect alibi.

With the money missing, Borden pleads with his fellow board members to believe that he has not stolen it himself, but resolutely refuses to implicate Bob, knowing that it’s likely that such refusal will almost certainly result in him being charged with embezzlement and going to jail. For his part, Bob cannot refrain from giving Borden a self-incriminating ‘vengeance is mine’-type speech, just to rub it in. Borden belatedly admits to his daughter that he had given Bob the combination to the safe.

Borden is convicted, but in a last-ditch attempt to prevent an injustice Todd (who has been released on parole, is also working at Carmody’s club and feels bad for Lois) retrieves the money and gives it to Bob, and gets shot and killed for his trouble. Conscience-stricken, Bob bursts into the court just as Borden is about to be sentenced, hands the money over and points to Carmody as the culprit.

With Borden freed, Bob and Lois have a post-courtal embrace and, no doubt, live happily ever after. But just why Lois would still be interested in him after he clearly harboured such hatred for her father that he arranged the robbery (and was happy to see him go to prison an innocent man) is not clear. Nor is it clear why Carmody would not have said, in his defence, that he got the combination to the safe from Bob. Or maybe he did, and the court was happy to take the five years Bob had served as a prison-time credit. Justice, nonetheless, might not have prevailed.

It says something about this film that about as much time is spent on an inconsequential, obnoxious drunk heckling and dancing in the club than to Bob’s life behind prison bars.

It’s all a bit of a stretch. 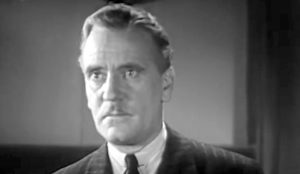 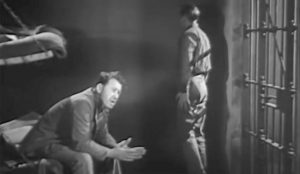 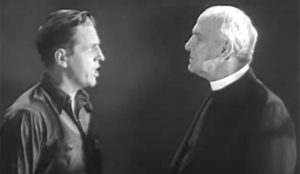 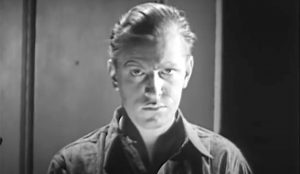 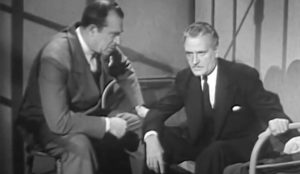 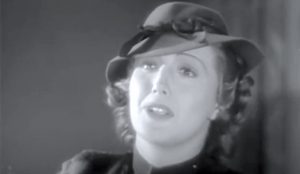