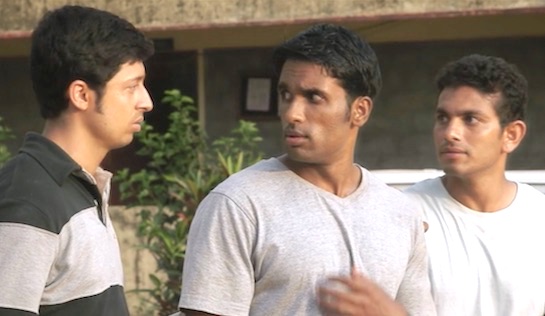 Three innocent young men, framed and remanded into custody by a vindictive police officer, resolve to escape from the Madikeri District Jail before their next court appearance in 15 days. Or so it seems.

The three men, Ajay (Koustubh Jayakumar), Bhaskar (Hemanth) and Chetan (Shreeram) have been party boys. They have dropped out of engineering studies at university and have lived carefree lives full of non-Indian women, booze and frolicking on empty beaches at sunset. It’s not clear what they have been charged with… but we know that a shot had felled someone and the men are clearly afraid and wary of the arresting officer, Assistant Commissioner of Police Kishore (Pramod Shetty). None of them would seem to relish the prospect of waiting to see what the court process has in store for them.

Ajay is quiet, deep, and thinks outside the box. Bhaskar is supposedly ill-tempered, and Chetan is the weakest of the three. The others defer to Ajay as the one who will work out how to get them out, and he is assisted by the mysterious Uncle (Ramesh Bhat), who visits and delivers clues and other helpful items (a hacksaw blade in a bible, for example). Ajay figures a way out in no time; a bespoke plan involving a wooden key, the diesel generator room, sticks, a bit of plastic, a volleyball net, and a concept drawing of what could be an ancient Egyptian flying machine.

The busy activity of the three men attracts attention – notably from Harish Anna (Harish Roy) – an imposing, forceful man who is the prison’s top dog and who has many of the guards, including the senior jail warder, Srinivas (Raghu Pandeshwar), in his pocket. Through the bars of his cell Harish spies Ajay scuttling about at night when he, too, is supposed to be locked in his cell. Harish wants in on the escape bid – and he is rarely denied what he wants; Ajay sensibly agrees to bring him on board and accepts that his capacity to bribe the right guards might be of benefit. Another prisoner, Darshan, who is desperate to get out so that he can prove his innocence, is thrown into a cell with Chetan and soon he, too, is in on the plot.

The other key to the escape’s success is Amanth (Anant Nag), the prison’s strict new jailer who has transferred to the prison just eight months before his planned retirement. Amanth is rumoured to hate Kishore with a passion, and Ajay wastes no time in recruiting him as a fellow enemy of their enemy. Amanth proves a dab hand at turning a blind eye and distracting his boss’s attention away from irregularities in his prison, which is just as well because there are some patent risks in approaching a senior jailer whom you don’t know and asking him to help you escape from his prison.

With more and more flashbacks we start to slowly piece together why the men are in jail, and as we do our sympathies for them erode. They were four, it transpires, but their colleague was shot in the back and killed by Kishore. That sort of explains their dislike of him. But we learn that it was in the context of them luring young women on a trekking camp in order to rape them… and all of a sudden our desire to see them succeed in their escape bid evaporates.

The film presumably was very topical, and might still be, weighing in as it does on the public debate in India (growing momentum from late 2012 or thereabouts) about rape, men’s violence against women and the way that perpetrators and victims of rape are variously treated by the judicial system. These were men with whom we empathised, whom we thought victimised, whom we urged on – but who let us down, and were themselves guilty of reprehensible conduct of which we could not have imagined they were capable. The connection with other men who perpetrate sexual or other violence against women is inescapable, for want of a better word.

But the film isn’t finished there. There are twists. Lots.

In some respects this is the prison escape movie equivalent of speed dating: arrive in prison, plot, gain outside help, strategise, gain inside help, assemble, execute – all within 15 days or less. So it stretches one’s credulity a little, but it is solid enough as an escape movie – with the added drama of having the protagonists race against the clock. And of course it has a powerful moral; that rapists should not escape (accountability). 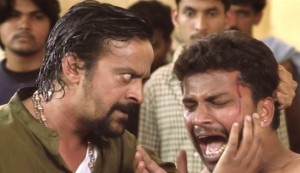 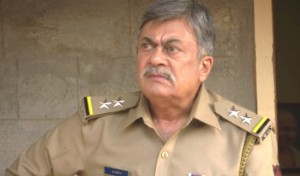 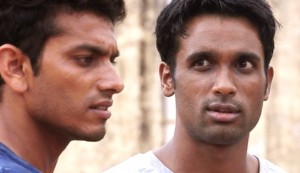 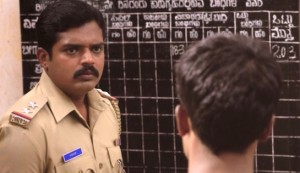