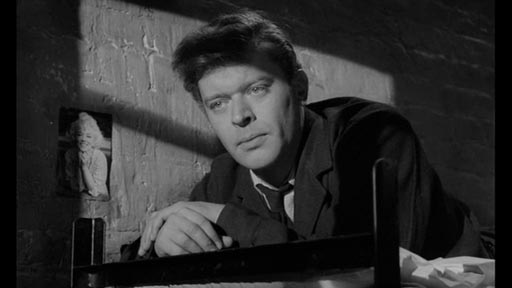 It is inconceivable that this movie could have been made anywhere other than Britain; it is quintessentially British. Like Two Way Stretch (1960), it anticipates the much more commercially successful Porridge series with its gently humourous observations of mundane, day-to-day existence (and celebrations of minor villainy) in the nick.

It has four simple threads woven throughout. A couple of them relate to James Rainbow, a slightly intense and judgmental young man who is banged up for a year after stabbing a man whom he found ‘in compromising circumstances’ with his girlfriend, Wendy (Carole Lesley). We wonder how he’ll survive. Rainbow, I think it’s fair to say, is not entirely happy with Wendy for landing him in the position in which he finds himself. We wonder if the relationship will survive, too; the odds are against it.

Luckily, Rainbow lands on his feet.  He’s given a cushy job in the kitchen and shares a cell with a couple of good-hearted career criminals, Bill Jenks (the terrific Ronald Fraser, referred to throughout as ‘Red Band’ – the trusty in the kitchen) and Mouse (Davy Kaye). They look out for the newcomer, and look after him. Much of their day is spent engaged in minor rackets – wheedling and skanking and skiving off… sneaking away a bit of tea or sugar or anything else from the kitchen, and on-selling it for tobacco and soap and other things that allow them to live more comfortably. Or saving cuts of meat or eggs and bacon so that they can live it up when left briefly alone in the kitchen at the start or finish of the day. The excitement in their daily lives is in the challenge to get more ambitious stuff past the Officers without getting caught. And in dealing with the odd unlikeable chap.

The more serious theme is around the difficulties in going straight. The old hands have made a habit of coming back to jail, unable to survive on the money they are given on release, unable to resist the approaches of other criminals who recruit them when they learn they’re back on the streets, and unable to see honest work as a better alternative to some easy money. Rainbow fears that he might wind up the same way.

Then, within days of his expected release, Red Band is caught with a knife. It threatens his remissions and his release. Rainbow could assist, but would put his own release (not to mention his engagement) at risk…

It’s a quiet, orderly, restrained movie. Even the violence – of which there is not a great deal – is purposeful and untheatrical. There are some good and bad Officers, and some good and bad prisoners. As hinted by the title, which refers to the chamberpots that the prisoners have to slop out each morning because the cells are unsewered, it’s authentic, real. There’s much to like. 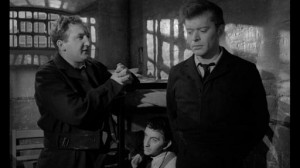 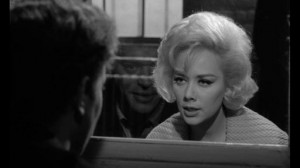