There is much that is familiar in The Prison. It owes a good deal to The Guys from Paradise (2000) and On the Job (2013) – both films about prisoners sneaking out of prison to commit major crimes, and then sneaking back in with perfect alibis – yet it somehow manages to be very much its own film. It features a cop and a kingpin. And copious amounts of corruption.

Song Yu-gon (Kim Rae-won) is the cop. Or ex-cop; he was known as the ‘Grim Reaper’ for the inevitability of him closing out his missions, but a hit and run accident has left him in disgrace and has seen him sent off to Sung-an Prison. Within minutes he’s spitting at and fighting gang members, almost biting the ear off a cocky gangster, Chang-gil (Shin Sung-rok), and generally making a nuisance of himself. For his troubles he gets beaten to a pulp once he’s lodged in his cell… with all those whom he has most upset.

Having been carted off to cool his heels in solitary, he discovers that the prison is really run by Jung Ik-ho (Han Suk-Kyu), a fellow prisoner who has Warden Kang (Jeong Woong-in) and all his senior staff in his pocket. And who arranges drug deals, murders and other crimes which are all dutifully carried out by a small troupe of master criminals who live in House 8 and work in the kitchen; they are let out of the prison (and then let back in) by corrupt staff who owe their promotions to Jung Ik-ho and live comfortably off the contents of plain envelopes pushed in their direction.

Song manages to win Jung Ik-ho’s trust in dramatic fashion; by creating a diversion when Jung and Bae, the big Prison Service boss, face off in a tense replay of their old enmity that can only end badly for Jung, and later when he comes to Jung’s aid after Chang-gil catches him off guard with some flattery and stabs him. To thank Song, Jung Ik-ho employs him to retrieve one of his House 8 team who ran away during one of the crew’s forays outside the prison, and rewards him with sashimi and soju. “You can’t go back to the police,” Junk Ik-ho reminds Song, inviting him to pursue a new and fruitful partnership in crime.

Back in the prison, Song starts doing some freelance poking around places he shouldn’t. He finds some incriminating tapes and huge amounts of cash in the Warden’s office (don’t worry too much about how he managed to get in there); the sort of evidence, it seems, that his journalist brother was chasing before he was murdered. What he then does with it, and how others try to prevent him from using it, is pretty standard thriller fare.

I have a fondness for South Korean prison movies, and this is no exception… despite my incapacity to suspend disbelief in the manner required for all action movies. It’s a strangely blokey film – I can recall only one woman in it – and she makes a brief appearance very early in its 2-hour run time. There is plenty of hand-to-hand combat, and plenty of hand-to-crowbar and hand-to-kitchen-equipment action. And quite a bit of drinking, most of it inside the prison.

It also features a bit of spoon-to-eye action; Jung Ik-ho is an enigmatic, quietly spoken, apparently serene man… but he has clocked up a tally of nine prisoners’ eyes scooped out and then eaten. He’s clearly not one of those Mr Bigs who have others do all their dirty work for them; these regular displays of psychopathy, and his ruthless disposal of those who have wronged him, have been enough to ward off most challengers. At the same time he keeps the guards on side by little acts of benevolence; some cash here, a thoughtful treat for a family member there.

But his power and influence in the prison are still a little hard to fathom. As is his continued freedom to move around (and control) the prison after the second to ninth eyeballs. One of his favourite spots in the prison is the guard tower, to which he regularly retires for a drink and to admire the view. No-one questions Jung Ik-ho and his team being allowed out of the prison whenever they wish, or he wishes; not even those who aren’t on the payroll. And when that crew member runs away during a job on the outside, there doesn’t seem to be any fuss about there being one less prisoner than there should be in the jail the next morning. Odd.

Nonetheless, as a slightly off-beat, washed-out action/thriller, The Prison is very much worth a watch. 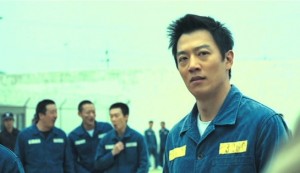 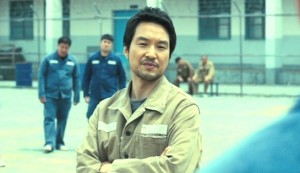 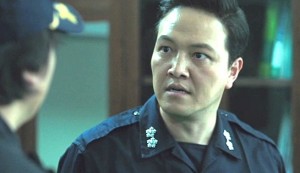 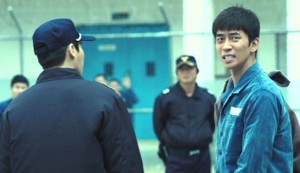