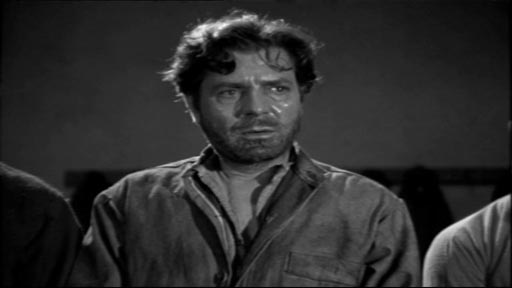 This is an impressively shot exercise in American self-flagellation and patriotic absolution.

It’s April 1865. With Robert E Lee’s surrender still being celebrated, Abraham Lincoln becomes the first US President to be assassinated. The shooter, actor John Wilkes Booth, breaks his leg while jumping onto the stage from Lincoln’s poorly-guarded Presidential box at Ford’s Theater, but still manages to escape, and later lands on the doorstep of a Maryland doctor, Samuel A Mudd, seeking treatment.

Mudd (Warner Baxter) puts the leg in a splint and sends him on his way. But the next day he is arrested as an accomplice of Booth’s and, along with seven others, is promptly tried by a military court as a co-conspirator. The court is under pretty clear instructions from the State not to mess about with awkward matters such as evidence and due process, and the verdicts are swift. Four are hanged; the hapless Mudd and the others are committed to prison at Fort Jefferson, located on a key in the Dry Tortugas off the Florida coast. The prison is wonderfully surrounded by a shark infested moat.

John Ford’s film is based on real events. It doesn’t let you know that Mudd had met Booth twice before, and had even had Booth stay overnight on one occasion. So we see Mudd as simply an innocent bystander, cruelly dragged into the whole affair by his readiness to help a stranger in need and his Hippocratic Oath. In prison he is despised for being associated with Lincoln’s murder, but other than the unpleasant Sergeant Rankin, who knocks him down once, and the prison doctor, who refuses to shake his hand, he doesn’t seem to suffer greatly.

Even so, he realises that he cannot rely on the judicial system to exonerate him and so he determines to escape, aided by his trusty slave, Buck, who has joined as a guard to facilitate things such as escape. The escape bid starts well, but is discovered before he’s off the key. Still, there’s plenty of drama: Buck is arrested, Rankin is hopeful of being able to give effect to the death sentence that the court failed to hand down, there are many circling dorsal fins, and countless rounds of ammunition are sprayed all around Mudd as he swims to a waiting boat. If only the guards had spent less time on shark-starving and more time on rifle practice. Just when you think he’s safe, Rankin boards the boat and Mudd is literally thrown into a literal Hole, alongside good, faithful Buck.

But if luck has deserted him to this point, it turns his way with a bout of Yellow Fever that hits the Fort. The prison doctor duly succumbs to the yellow jack and, without any medical help, the honourable Commandant invites Mudd out of the Hole to expose himself to the deadly disease. The good Dr Mudd of course steps up the the mark and does enough to see the threat off. He even tends to his tormentor, Rankin, who is stricken… but who, on being fully restored to health, is first in line to co-sign the Commandant’s recommendation for a pardon. Clearly nobody that selfless could have been involved in such a nasty plot to kill the President. And everyone lives happily ever after, it seems – even Buck, who must have got his punishment commuted, too, on the grounds that he was a decent man’s decent slave.

Well, as an entertainment it’s OK. It would have been more interesting if Mudd’s earlier, murkier involvement with Booth had been made known. And Mudd himself is portayed as a fairly uninteresting man; he is of flatline good character, is unchanged by his experience, and does not age over the five years of his incarceration. But the film allows the US as a nation to apologise to Dr Mudd, to purge itself of that shameful little bit of its history, and to celebrate the redemption of a righteous man. That must be good, right? 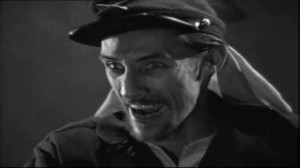 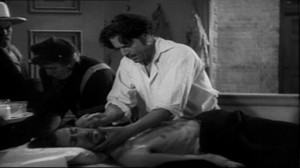