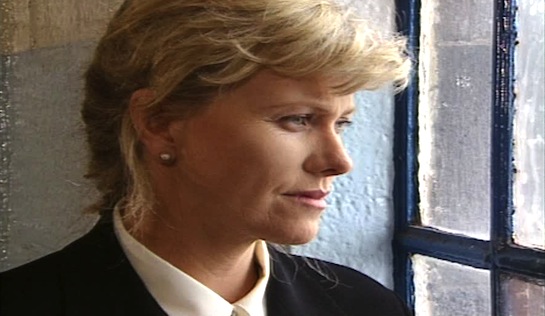 Back in 2006 this was released as a movie on DVD. It had been Hugh Jackman’s first major screen role a decade or more earlier, and the marketers were no doubt looking to cash in on his X-Men fame. Yet it’s not a movie at all, but rather the unedited (and conveniently feature-length) first episode of the Correlli TV series, masquerading as something else.

‘Rat tamer’, for the unaware, is BF Skinner-inspired Australian slang for ‘psychologist’. And it’s Louisa Correlli (Deborra-Lee Furness) who is the new blonde prison psychologist to whom the title refers. She’s new to the workforce, new to Blackstream Prison, and new to bringing up her two children alone (a task made more difficult as one is struggling big time with her parents’ separation). Oh, and Louisa’s also dating her new boss.

We are soon introduced to one of her new clients, Kevin Jones (Jackman), who goes on to play a much larger role in the series, but here is just an armed robber suffering the ongoing effects of a severe post-sentence beating – from which he has sustained a brain injury which has affected both his speech and his motor coordination.

But the real drama belongs to Prison Officer Ben Costa (William Zappa), a man unravelling before our eyes. His marriage has broken down, his wife won’t allow him access to his daughter, he drinks and gambles to excess, and he is in real financial strife. He’s also grieving for a colleague whom he found hanging in the jail. He recognises Jones from the scene of that hanging, and convinces himself that Jones was responsible for his friend’s death. The prisoners, sensing his vulnerability, bait him; to them, it is sport. To Costa, spiralling out of control, it is anything but, and his battle with his inner demons reaches a crescendo when he grabs a tower officer’s gun during a family visit day. Louisa, who has been trying to help him professionally (in addition to her prisoner caseload), is naturally thrust into the middle of the drama; it is, after all, her name on the TV series.

I’m a bit conflicted on this on two counts. Firstly, I know several people associated with the series’ production, and secondly it’s hard to rate Rat Tamer as a movie when, like Maximum Security (1984), it was never intended as such. As both a movie and a TV episode it lacks some of the subtlety of the less action-packed Correlli episodes; it may feature one dramatic armed standoff too many. But the performances are solid, a nun (Sue Jones) gets to introduce both Corelli and the audience to some key concepts of life in prison (including some healthy cynicism), and one gets a fair sense of the old Geelong Gaol, where most of the prison scenes were shot.

Some, I suspect, may even be interested to see where Jackman and Furness became a real-life couple. Or not. 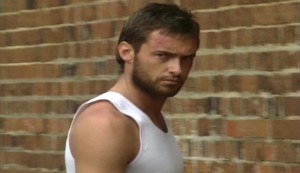 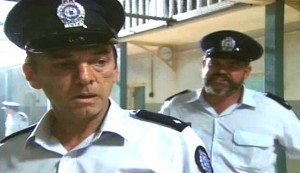