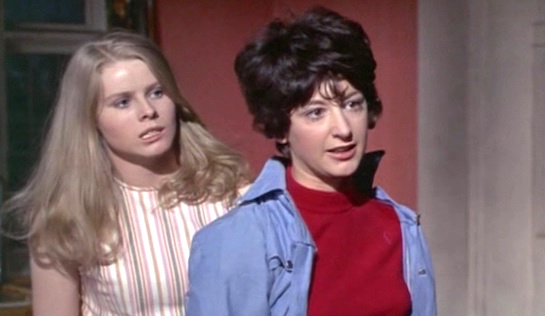 Also known as School for Unclaimed Girls, this film is very firmly rooted in the psychedelic, swinging 60s, but loiters around the era’s darker underside, focussing on loss, trauma and exploitation.

It tells the story of sixteenish schoolgirl Nicki Johnson (Madeline Hinde). As a very young girl she had become unhappy on a merry-go-round and her father, while leaning over to comfort her, had fallen off and died. Years later Nicki still can’t shake her belief that she was responsible for his death. On top of that, she has to listen to her mother noisily carousing with a younger lover, Harry Spenton (Patrick Mower), and is struggling to cope with it all. Returning home early after a spot of truanting (and a fall from a real horse, her equine trauma confined to ‘cold horses’), she finds herself alone with Harry. He taunts her over her part in her father’s death and the £500 cheque from her education trust fund that her mother has just given him… and then tries to rape her. She stabs him with a bottle opener, and is taken into custody.

The institution in which she’s placed is a ‘remand home’ – “not a prison or a borstal” –  for a court medical assessment and “not (for) punishment or corrective training.” Some of the girls are there simply for ‘care and protection’ – Susan (Janina Faye) for example, has simply got herself pregnant – while others have been engaged in prostitution, strip clubs and crime. Sarah (Maureen Lipman), who ran away from home at 14 to escape the attentions of her mother’s many lovers, had smashed up the home of a woman who took her in and cared for her (after the woman’s family refused to allow her to attend her funeral after she died).

Nicki is initially reluctant to talk to the home’s psychologist, Dr Sands (Faith Brook), about what led up to the stabbing. Her guilt over her father’s death and now the attack on Harry have become a confused jumble in her mind, and she is unwilling or unable to process it. Dr Sands might not help. Having guessed that Harry might have made a sexual approach to her, she asks Nicki, “Didn’t you find him attractive? Didn’t you fancy him?” “He disgusts me. He was a parasite. He was just using my mother.” “Because you resented him taking your father’s place? And you tried to stop him… by leading him on?” It is a few years before the #MeToo era.

There’s dancing and gossip and not a whole lot of prison drama. Sarah is attracted to Nicki and tosses her lover, Jane (Michele Cook), aside. Jane’s aversion to washing makes her very unpopular with the other girls, and when she reacts jealously to finding Sarah and Nicki chatting (innocently, on Nicki’s part) in the same bed, an all-in brawl develops (complete with pillow fighting), even though no-one would want to be on Jane’s side. When the pillow feathers settle, Jane is found unconscious.

Sarah, the most powerful personality in the dorm and who is intent on escape, seizes upon the opportunity the have Nicki go with her – filling her with fear that when Jane regains consciousness they might both get 3 years in a Borstal for triggering the incident. Nicki agrees to go with her. They manage to get out of the dorm but Sarah is quickly apprehended. Nicki gets away, but has no-one to turn to except her older boyfriend, Peter (Denis Waterman), who tries to help but has no answers for her. “You seem to enjoy suffering, ” he tells her. “You look for trouble.” Peter’s boss also tries to rape her. It’s back on the merry-go-round for Nicki, who refuses to entertain the idea of handing herself in. “I won’t go back. Ever,” she says. It can’t end well.

I’m not sure that Nicki was ever a ‘smashing bird’ of the title; her unresolved guilt over her father’s death never allowed her to be the carefree youth that term might imply. A victim of horrible circumstances and some horrible men, Nicki’s predicament is contrasted with that of Harry, an unmitigated cad and rotter, who moves between a series of women, scamming them for money, toying with their affections, and never seeming to be held to account. And the other smashing birds with whom Nicki is locked up are also portrayed sympathetically; one is led to suspect that they have all been scarred by tragedy and trauma in their back stories, leading some to street work and others to ignore their personal hygiene.

It’s a better film than I imagined. 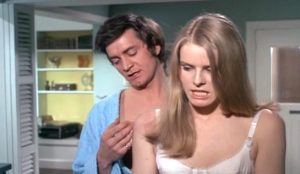 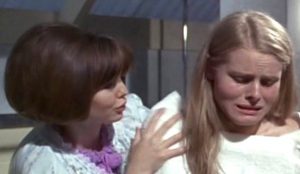 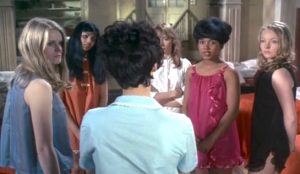 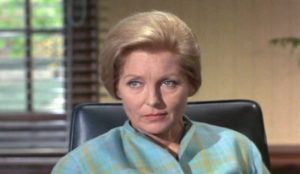 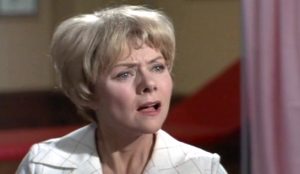 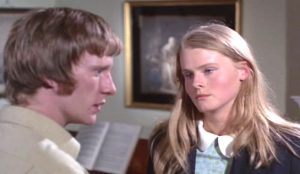