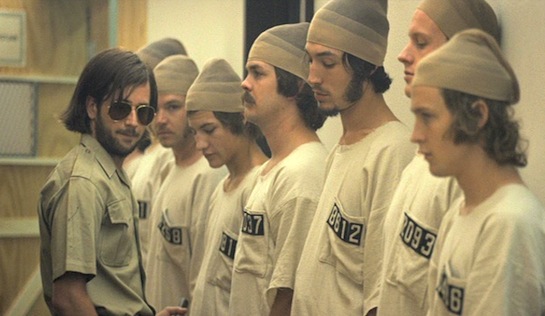 I’m not aware of any other psychology experiment that has spawned three films; I don’t think that poor Ivan Pavlov can boast even one movie, notwithstanding Pavlov’s Dog (2005). And I’m not sure why, after two perfectly sound movies in Das Experiment (2001) and The Experiment (2010), it was seen to be worthwhile to make yet another film based on Dr Philip Zimbardo’s famous 1971 experiment examining the psychology of prison – its impact on prisoners and guards.

To recap, Zimbardo’s experiment was one in which 24 volunteers were randomly allocated roles of either prisoner or guard, and then left to their own devices in a simulated ‘prison’. The project was supposed to go for 14 days, but was aborted after just six after it started to spiral out of control; ‘guards’ were resorting to more and more brutal degradation of the ‘prisoners’ over whom they were given authority, placing the traumatised prisoner group (which had quickly built a strong anti-authoritarian sentiment) at real risk.

A couple of things in my view separate this version from its two predecessors. The volunteers here seem younger and more vulnerable. The film is at pains to note that (after the real experiment) “extensive interviews conducted by the researchers determined that none of the participants were permanently harmed or suffered any long-term effects.” That wouldn’t be the assumption you’d make on the basis of the evidence of the preceding two hours (where several ordinary young ‘guards’ show surprising sadistic traits, while the ‘prisoners’ are surprisingly cowed into submission and some show signs of great stress). These days, you’d also expect litigation to follow.

Compared with the earlier films, the 2015 version has the researchers in a more complex moral place, and seemingly more culpable for their slowness to react when things start to go off the rails. Zimbardo (Billy Crudup) is more captured, more caught up in his stewardship of his make-believe prison than by the ethical guardianship of his charges; he loses perspective and (for example) invests energy in establishing whether a ‘prisoner’ is faking distress and planning to free the others (thereby placing the experiment at risk), at the expense of caring for his volunteers’ well-being.

Zimbardo was apparently engaged as a consultant to the movie, so maybe it is more authentic than the others. It certainly looks authentic – with its prison looking like it was built into a hallway in the Stanford psychology department’s basement, with a cleared-out cupboard serving as ‘The Hole’. And the divide-and-conquer techniques resorted to by the guards feel most authentic, too.

It is a powerful story; that we already know. It is assisted here by a terrific performance from Michael Angarano as the most vicious of the guards, nicknamed ‘John Wayne’, who models himself on Strother Martin’s Captain in Cool Hand Luke (1967) and leads the way in demeaning and breaking the prisoners. He gets a helping hand in this from the researchers, who have the prisoners wear dresses, encourage the guards to exert their authority, and overlook instances of physical abuse that are contrary to the conditions of the volunteers’ participation.

It is another good film, but may not add anything more than the others to our understanding of how easily the unchecked power of prison staff can lead to abuses. 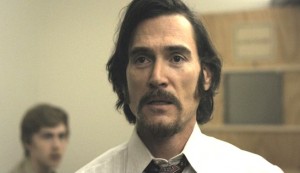 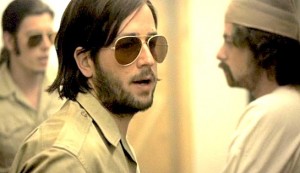