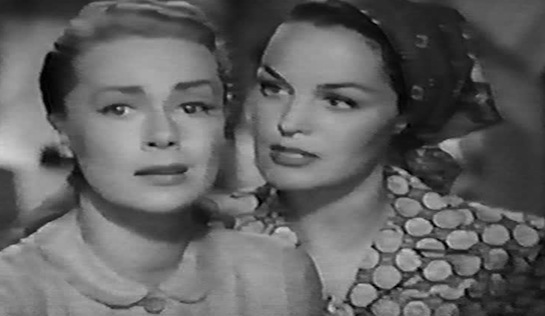 “Molly, no girl goes on fighting the world just for the kicks she gets out of it. There’s always a reason. In your case, it could be something that happened in your early life,” proffers Superintendent Norma Calvert. “I never got over being born,” Molly says drily.

But that was before Molly (June Havoc) had been properly exposed to the rehab program at the California Institution for Women at Tehachapi; when she was still an acerbic, hard-boiled gang leader.

When we first see her, she has not been long in California – her gangster husband Rick having been murdered in Kansas City just months before, after which she moved to San Francisco. She enlists two of Rick’s Kansas City men, Cash Brady (John Russell) and Rod Markle (Elliott Lewis), whose jealous girlfriend Anne (Dorothy Hart) also tags along, much to Molly’s disgust, and starts to put her own gang together, doing jobs on bank vehicles and jewellery stores. Unpatriotically, it might be said, as the war was not yet over. But one safe-cracking goes wrong and they all end up in the slammer, but not before Rod professes his love for Molly and admits to having killed Rick. Molly’s response is swift and decisive; she shoots him at close range.

“Is this a prison?” asks Molly when she arrives at the campus-style Tehachapi, convicted of the robberies but just a suspect in Rod’s death. “Pretty, isn’t it?” her escort says. “Looks like a girls’ school.” And a pleasant girls’ school, at that. It soon becomes evident that, despite its initial noirish overtones, this film is just as much an advertisement for the progressive, reformist approach at Tehachapi, where all the prison scenes were filmed. The women are allowed makeup and don’t wear uniforms (they would be “bad for morale”), but instead disport themselves in summery dresses, even with snow on the ground. But they are required to work, and as no prisoner starts with a fixed sentence, their progress is crucial to them getting out when their cases are reviewed.

Molly has some trouble adjusting to prison life. But with professional guidance and modern correctional approaches she starts to become a better person – learning a trade in the tailor shop, and heroically rescuing both prisoners and staff after a boiler in the laundry explodes. We know that she has completely reformed when she starts laughing and telling cute stories about animals.

Throughout it all, though, she never stops worrying about getting caught for shooting Rod; she knows that her gun, when it is found, will incriminate her. She has a minor anxiety attack when she sees another woman taken off to the gas chamber at San Quentin. And then Anne turns up as a fellow prisoner, with the sole intention of needling her and making her sweat. And sweat she does.

She gets released after three years (with four more to be served on parole), but Rod’s death still haunts her. When Anne turns up on her doorstep to tell her that Cash has been charged with Rod’s murder, she can stand it no longer. Breaching her parole conditions, she catches a plane to Frisco, retrieves the gun and hands herself in to Police. But then Cash comes in and tells her that she merely stunned Rod, and that it was he who finished him off. Molly cries. “I’ve never see you cry before,” says Cash, and Breen, the hard-bitten cop whom Anne has been keeping hot on Molly’s trail, is moved to observe, “You know, I could be wrong about this new penal system.”

Sadly, we don’t get to find out if she was returned to prison for the parole violation, the attempted murder… or maybe even for her part in the ridiculously contrived ending.

The CIW at Tehachapi didn’t last much beyond Molly X. Opened as the only women’s prison in California in 1932, it was devastated by the Kern County earthquake in 1952, and its 400-odd prisoners were moved elsewhere. I doubt that the newer women’s prisons at Chino and Chowchilla have retained many of its features. 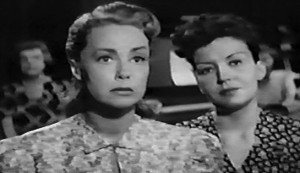 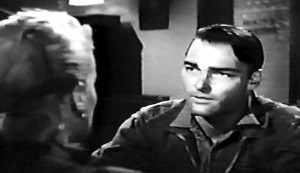